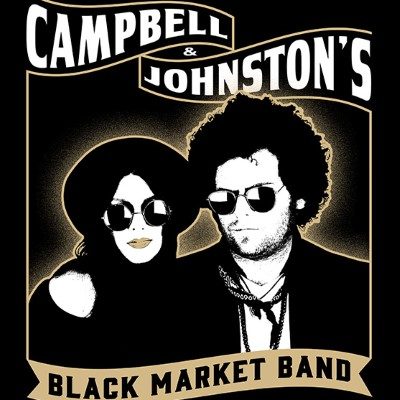 Campbell & Johnston’s Black Market Band is a blast of blues-infused sass to your eardrums. The album primarily features the Black Market Band’s Christine Campbell as vocals but has a few tracks where Blake Johnson takes over. When Campbell takes the lead, her rich, dusky vocals could power a city as they rise up from her lungs to expel heart and soul into every melody. When Johnson’s low rumble of a roar takes the lead, however, the tracks take on the energy of his smooth, funky growl. Backing up these accomplished vocalists is a slick accompaniment of guitars, drums, and keys that share their infectious enthusiasm with the listener. You get a real sense that the band had a real blast forming and recording this album and wanted to pass that fun onto you. The lyrics of this self-titled album are all about love, good times, and music — and if you like any of those three things, you’ll probably dig Campbell & Johnston’s Black Market Band.

A standout track for me on the album was Leave Me Hanging. The accompaniment is light and bouncy in this track, but the pitiful lyrics are amplified in their pathos with Campbell’s emotional vocals. The dissonance makes for a sad song you could still swing your hips to — and maybe even feel a little hope for — as what lover could really leave Campbell hanging on after a soulful track like that?