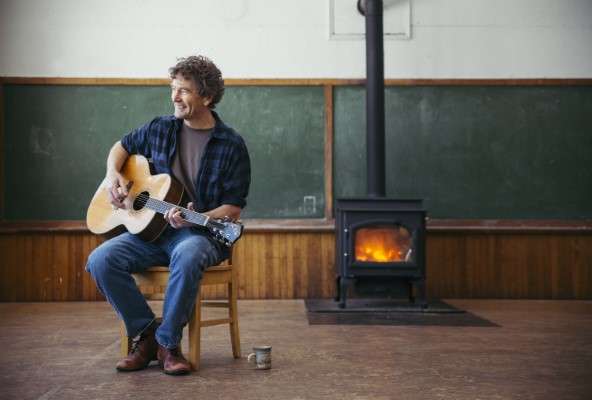 BC singer-songwriter, Mark Perry has teamed up with us at Canadian Beats to unveil the brand new single, “Golden Spruce” from his upcoming album, Northwest, which is set for release later this year.

The song is about the legendary story of Grant Hadwin, who felled Kiidk’yaas (also known as “the Golden Spruce”), a Sitka Spruce tree located on the Haida Gwaii archipelago and considered sacred by the Haida people.

“In January 1997, Grant Hadwin, a Canadian forester, fell a 300 year old tree on Haida Gwaii,” says Mark. “It’s unique colour, appearance, and size made it a celebrated and valued tree, and was considered sacred by many Haida people. Grant did it to bring attention to the decimation of the massive old growth forests. It provoked a lot of mixed emotions, far and wide. On February 13th of that same year, he left from Prince Rupert in his kayak, headed towards Masset for his court appearance. During the 100 km trip over, he disappeared. In the early 2000’s, Alaskan coast patrol still considered him a missing person of interest.”

Check out “Golden Spruce” below, and stay up to date with Mark via his socials.