Get ready for The Tea Party’s new summer anthem “Summertime” 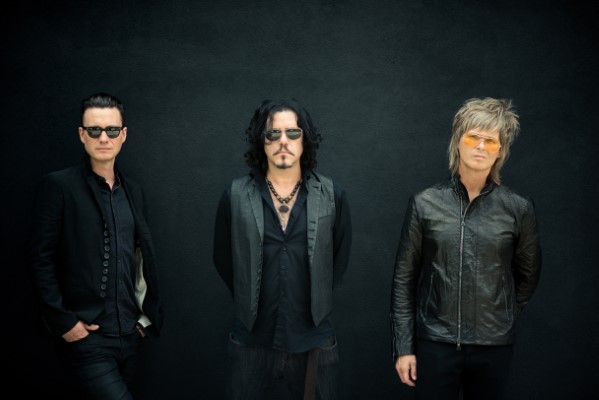 “Friends… you’ve been cooped up for way too long. You’ve all done the hard yards and have done the right thing with regards to keeping yourself and others safe,” said Jeff Martin.“With absolute respect and humility, The Tea Party offers up this song with the hope that it might become an anthem for an appropriate celebration.”

The Tea Party, composed of Jeff Martin, Jeff Burrows, and Stuart Chatwood has sold close to 2 million records and toured around the globe for the past three decades. The band’s previous single, “Black River” was the #1 most added song at Active and Mainstream Rock Radio the week of release, peaked at #3 on Active and Mainstream Rock charts, and Top 5 at Overall Rock charts.

On “Summertime”, here’s what they had to say.

What has the band done to keep busy during the pandemic?

We released a few cover songs last year from Joy Division and Morrissey.  It was a great way to stay busy and the tracks worked out really well. We also have been exploring re-releasing some material to celebrate the band being together for 30 years. Personally other than prepping for this new Tea Party release I’ve been busy composing a soundtrack for the sequel to the hit video game Darkest Dungeon.  It’s made out here in Vancouver and we’ve assembled a great team.

What was it like producing the record after a year of lockdowns?

To be honest, we are the most socially distanced band anyway as our singer is in Byron Bay, Australia, our drummer is in Windsor Ontario and I’m out in Vancouver.  We did get a chance to record together at the end of 2019 in Vancouver, so it’s been a case of finishing some of the overdubs and lyrics. I miss making records together in the same room, so we’re hopeful for a return to that in 2022.

The band may not be able to play this song live for a while. What is their hope for listeners when they stream the track by themselves?

The song is a bit of a departure for us in the sense that the lyrics deal with a lighter subject, namely Summertime.  Over the years as a band, we’ve had some great summertime experiences and we wanted to bring those memories back to life.  It’s a fun song that reminds us of perhaps a simpler time and we hope it’ll trigger some happy thoughts for our listeners.

Absolutely.  We have a big tour called Saints and Sinners that will take us across most of Canada this November with some other great Canadian bands like the Headstones, Sloan and Moist.  It’s playing big theatres and small arenas, so we are looking forward to playing again once everyone is vaccinated. We’re talking about more orchestra shows at some point and we did miss our 30th anniversary due to Covid so it’s safe to say we’ll be touring a fair bit in the coming year or so.