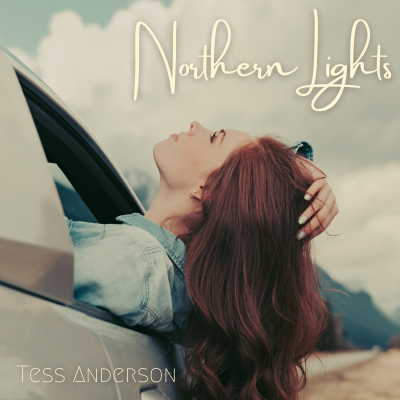 Vancouver, BC-based singer-songwriter Tess Anderson has released her new single, “Northern Lights”. Open and unapologetic, she invites listeners into her most vulnerable moments through honest and authentic storytelling. Whether alone on stage with nothing but a keyboard and a guitar, or backed by a full band, she’s been known to silence crowds with her captivating musical presence. Pulling inspiration everywhere from old-school jazz standards to modern pop, her sound is heavily driven by her unmistakable voice.

With a recent focus on collaboration, her latest endeavours include working with a range of local and international songwriters and producers, while spending time in the recording studio gearing up for an independent EP release coming summer 2021.

Check out “Northern Lights” below, and find out more about Tess via our Five Questions With segment.

Hey! I’m Tess Anderson. I’m a singer-songwriter and producer from Vancouver, BC. Music has always been my biggest passion in life, and I knew from a very young age that I wanted nothing more in the world than to make a career out of it. I started songwriting when I was around 11, and it’s been an obsession since. Some random facts about me outside of music: I was a nationally ranked competitive swimmer growing up and worked as a lifeguard and swim coach for many years, I am a mom to an awesome almost-4-year-old boy, and I recently adopted a rescue dog named Blu!

My music would probably fall mostly into the pop/singer-songwriter category. I have such a broad range of musical tastes, so it’s hard to narrow down exactly where my influence comes from. I listen to just about everything. Early on when I first started writing music I was hugely inspired by Sara Bareilles though, and I think some of that influence definitely still shines through in my writing style today. Songwriting has always been my form of self-expression, so I write from a very personal place most of the time. Being brutally honest and authentic in my lyrics is always the goal.

I mostly write with an instrument in my hands. It’s important to me that every song I write can stand on its own stripped back to nothing but a vocal and a piano. When producing, I always want it to be about whatever best suits the individual song and less about forcing that song to fit a specific genre.

Unfortunately, due to Covid, the majority of my live shows have all been put on hold. I’ve got a decent amount of fun acoustic gigs on patios around Vancouver this summer though! My live sets are super candid and relaxed. I love telling the stories behind the songs and connecting with my audience as much as possible. A lot of the time it’s just me alone on stage with nothing but my keyboard and guitar. I absolutely love playing with my band though, and definitely choose that over solo whenever possible. I can’t wait for Covid to be over so I can be back to sharing the stage with them.

Oooo I’m going to say Northern Lights, just because it’s my most recent release and I am so proud of how it turned out. It’s a true story about a road trip my husband took me on when we were first dating. If I’m honest though, I’m actually most excited about the next 2 singles I’ve got coming up… So maybe those.

I’m a huge fan of Mother Mother. One of my upcoming singles was co-written with and produced by Ryan Guldemond, so I’m super stoked about it! I love The Arkells, The Beaches, JP Saxe, Tenille Townes, and Lights. I also love so many other local BC artists like Jessia, Dear Rouge, Tissa Rahim, Michaela Slinger, Cate, Wesley Attew, Wayfie, Rebecca Sichon, Nimkish… WAY TOO MANY TO NAME. So much good music coming from Canada.