Ken Presse, launches solo career his first single “The Thing About You” 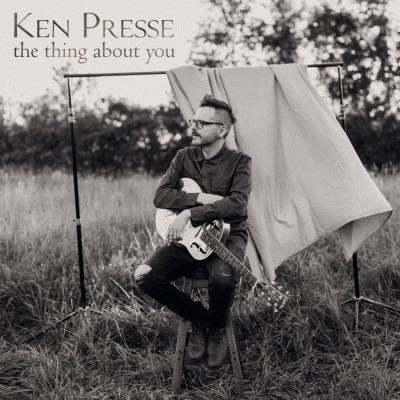 Ken Presse, recently launched his own musical project and solo career. The talented singer-songwriter and producer just released his first single “The Thing About You”. After several years of performing with other artists on guitar, percussion, keyboards, and bass traveling the world touring with artists and bands such as The Franklin Electric and others, and producing and writing in Montreal and Nashville, Presse has finally released his own original material for the world to hear.

“It’s something I’ve always wanted to do but just never found the time between touring, production and writing. Finally at the beginning of the lockdown, I decided to embark on this journey and I couldn’t be more ready and excited to share my music with the world.” Presse explains.

Presse’s sound is inspired by various influences: folk, country, indie rock, pop, and even R&B.  “The Thing About You” is about that one breakup that stays with you long after the relationship is over. Although you eventually begin to heal, the scar always remains. Written in Nashville alongside, Mario Telaro and Eric Ethridge and produced by Presse, “The Thing About You” is about this person who is no longer in your life but who is impossible to forget.

The official music video for “The Thing About You” was filmed and directed by AJ Korkidakis under the artistic direction of Lauren McGowan. The music video captures the feeling of emptiness following the end of a relationship, where the memories of everyday life with that person seem to be your only thought.

With the new single/video out now, Presse is currently working on an indie-folk-country EP to be released in the next year.