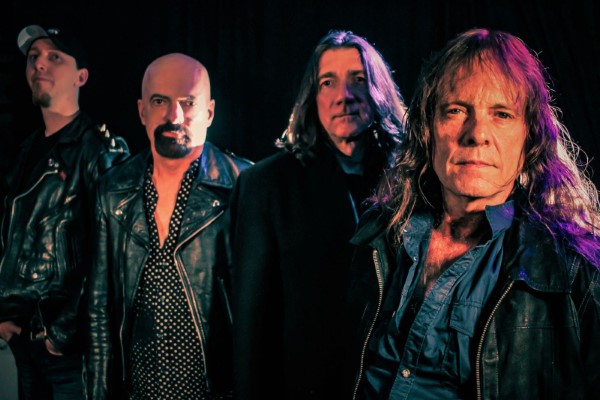 Arriving directly on the heels of their current top ten Cashbox Radio Top 20 Pick Hit, “Systematic”, “The Warning” is the sonic harbinger for the band’s upcoming fourth album due out on Canada Day. With a commanding, staccato strings interwoven with powerful lead guitar and kick drum strikes supporting lead vocalist/songwriter Sean Garrett’s soaring voice, the song pulls no punches about some big pitfalls.

“The Warning is about addiction, self destruction and a change that needs to be made before it is too late,” the band asserts.

The group’s fourth album and the first under their new, all-inclusive moniker is set to hit the digital streets on July 1, earlier than originally anticipated but with a newfound, do-it-yourself sense of pride. Due to COVID-19, the band’s 2020 tour dates in Canada and Sweden were canceled, so they pivoted to streaming performances, writing and recording demos for the new album.

“We had demoed 30 songs and had a producer interested, but with travel restrictions, we weren’t able to go to Québec to record,” explains the band. “We decided to record at our own studio instead and the results are turning out great.”

Check out “The Warning” below, and find out more about the band via our mini-interview.

Tell us about the recording process behind “The Warning”?

Due to Covid-19, we couldn’t travel to Quebec to record with our producer, so we decided to record at our own studio and self-produced it. The Warning is based on a true story by Sean about trying to help someone suffering from addiction issues before it’s too late.  It also deals with how far you can go without falling yourself.

The highlight of any year for us is playing live.

We would like to get back to playing live shows and touring to promote our new album.