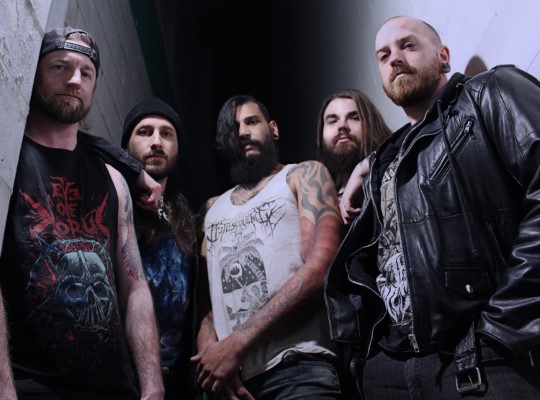 Vancouver, BC-based five-piece metal band, Param-Nesia is set to release their new EP, Aspect of Creation on June 18, 2021. In advance, they have unveiled a new single, “Pestilence of Man”, along with a video to accompany the release.

Their second release after 2019’s EP The Beginning, Aspect of Creation is heavy, melodic, and rides through technical death metal that will take you on an adventure. Param-Nesia explains how the single came to be in their own words:

“Devastating brutality delivered in a groove-driven whirlwind. This song kicks off with a war cry-worthy group vocal chant backed by pulverizing guitar and drum work. Book tomorrow off, your neck will be sore! This song was initially inspired in the most ridiculous way, Andy Cahalin wrote a riff, (the intro) played in a fast rushed feeling way, then a Doctor Pepper/Dr. Dre commercial inspired him to SLOW IT DOWN, and the song found its groove. Absolutely insane, but it’s the truth!”

Check out “Pestilence of Man” below, and find out more about the band via our Five Questions With segment.

We are Param-Nesia, five pals hailing from Vancouver BC, striving to write heavy, melodic music. The project began five years ago. We released our first EP in 2019 and are set to release our second EP on June 18 of this year.

Our music is a mix of metal styles. Melodic thrashy death metal with hints of metalcore and prog. Our guitarist Andy Cahalin writes most of the material at home, then the band works through it, makes adjustments, and adds to it, making the songs come together.

The pandemic has been challenging obviously for everyone but has also been an opportunity to slow down a bit and focus. String only jam sessions, for learning/writing, more time recording ideas at home. Videos of new riffs etc. These are some of the ways we’ve kept the creative flow moving.

From our new EP, “Journey to Nothing” would be the track. It has a lot of different elements of our overall sound, so it would be a good one to check out.

There are so many amazing Canadian metal bands. Some of our favorites would be Omniarch, Black Water Burial, Protosequence, Plaguebringer, Archspire, Eye of Horus. Honestly, the list could be never-ending!