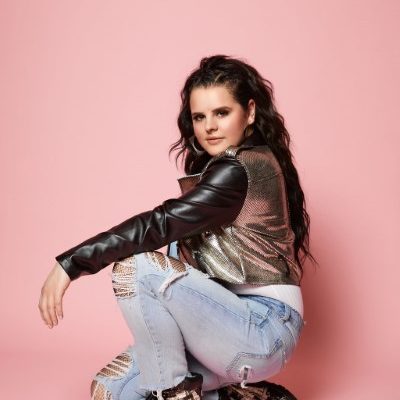 Regina-based pop artist, Shayla Souliere just released her new single “Touch and Go”. Produced, mixed, and co-written by Giordan Postorino, who has worked with big artists like NIIVA and LOLO, “Touch and Go” is a catchy, feel good tune about focusing on momentum and looking forward.

“Touch and Go’ is based on a relationship, but it can be about any situation,” says Shayla. “Whether it’s a friendship, a romance, or anything. It’s about living in the moment and accepting that, sometimes, it just is what it is.”

Shayla’s music reflects the single-minded approach that she’s taken to her career as a singer, songwriter, and recording artist ever since the day she sold the car she bought herself during high school to bankroll her first recording session in Los Angeles.

Since then, Shayla has continued to travel regularly to write and record in LA and Toronto and has released multiple singles including ‘Days Like That’ (2019), ‘Let Me Go” (2018), ‘Over – Feat. Pimpton’ (2016), ‘Screw U’ (2015), and ‘Know Better” (2020). Shayla has also accumulated over 120,000 followers across her social media platforms and personally brokered endorsement deals with brands such as Bennett Dunlop Ford, Christian Paul Watches, Kranks Audio, Body Boss, and Love Your Melon.

On “Touch and Go”, here’s what Shayla had to say.

What does this song mean to you?

Touch & Go is probably one of the most true/real songs I have ever put out. I feel like in my past releases they were very much a version of me that people wanted to see. Touch & Go, is 100% authentic and real. Everyone at some point in their life probably feels like a relationship is touch and go. I really wanted to share that it’s ok, and also more than ok to live in the moment and just accept it as, it just is what it is.

What was the songwriting process like? How did you come out with such catchy hooks?

Well, my co-writer Giordan Postorino and I wrote this song over zoom, on one of our many quarantine co-writes! I went into the session with the idea of wanting to write a breakup song.. So we started brainstorming ideas and topics. I came across the idea of Touch & Go and kind of blurted it out. Giordan was like, I LOVE THAT IDEA! From there, the words just started flowing out! We started with just a guitar and built the track out once the song was written. I think Giordan and I work really well together and writing together is just so easy!

What makes this song different from your past releases?

This song is REAL! It is ME! I truly feel like I have found my sound that I have been searching for with this song. For the longest time, I had people telling me that I need to find my sound.. and I had a really hard time wrapping my head around how to do that. I think for me, I just needed to spend so much more time writing.. and that I did during the pandemic. It was a real eye-opener for me. I knew this song was going to be my first single the second I got the demo version in my inbox from Giordan (who was also the producer on the song). I sent it around to a few of my friends and industry team members, and it was the first time I got feedback like I did. Meaning people were saying this sounds like Shayla Souliere! No one ELSE!

What is your hope for the song?

I hope this becomes the Summer song that everyone can relate to. I love creating music for myself, but it’s extra cool when you can write something that is so close to you but can also be so close to other people to and they can also relate to it! I feel like this song is that, and I hope others can feel free while listening to it, just like I do.