Five Questions With Wu-Sen & the Fam 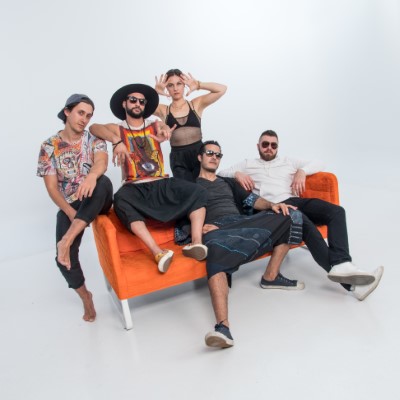 Montreal, QC-based R&B/ soul band, Wu-Sen & the Fam has unveiled their new uplifting single, “Don’t Give Up”, which focuses on the central message, – don’t give up.

Moroccan-born hip hop artist and producer of the track Wu-Sen, describes it as ‘an unlikely mix of origins and musical universes’ — citing that the band members are from different corners of the world and bringing all of those backgrounds together in one room created both a unique and unified sound.

“Don’t Give Up” is a song that asks us not to give into fear and to keep our faith — especially at a time where the world feels so divisive. It’s a song about resilience and finding beauty in life, even in the hard times, and staying alive to see another day.

Check out “Don’t Give Up” below, and find out more about the band via our Five Questions With segment.

We all met in the underground music scene playing shows in Montreal, realized we had similar influences, really vibed, and formed a band. It happened pretty organically!

We love r&b, soul, and hip-hop music and there’s also a lot of influences of jazz and trip-hop in our sound which is a bit more downtempo and has psychedelic and electronic elements.

We’re super collaborative when it comes to the writing process and there’s a lot of variety in how we approach it. Basically, we either start with the beats or sometimes just a bass line and other times it’ll be a melody or harmonies.

The upcoming album we’ve been working on came together fully from live jams and it translates our personal experiences and ideas into something you can really feel in the music.

Well, our EP launch was canceled last year in March so that put us in a different direction and we’ve been creating a lot less than we wanted to as a whole, but individually everyone was doing their own thing.

We also thought about dropping singles during the pandemic but we felt it was more of a period of introspection, a time to question everything and deconstruct life. That’s why we felt we felt we needed to release Don’t Give Up first too, because it’s about finding the beauty in life even when the world is going through hard times.

We also figured out as a band that we want to keep the primary focus on music you can dance to and that’s something we’re keeping that in mind as we plan our next shows and finish up the rest of the album which we hope to release in late fall of 2021.

We gotta give love to Montreal when it comes to Anomalie (producer),  Nora Toutain, De.ville, Clerel, Waahli, Dr. Mad (producer/DJ), and Kaytranada of course. Plus Kid Koala, Boogat (producer), and The Weeknd!