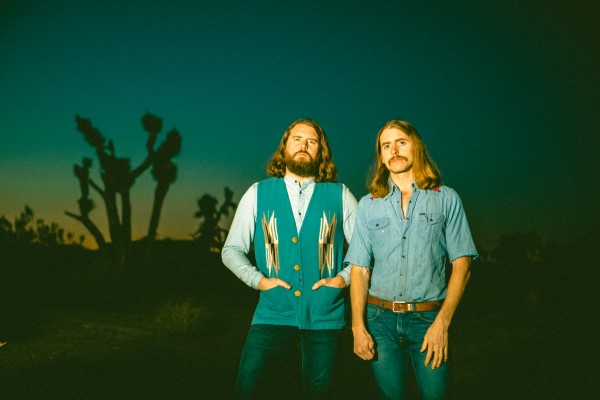 BROS is made up of brothers Ewan and Shamus Currie, of the platinum-selling Canadian band, The Sheepdogs. The duo returns with a new single, “Theme From BROS”.

“‘Theme From BROS’ is inspired by our love of 70&#39;s cop cinema and the film scores of composers like Lalo Schifrin,” explains Ewan. “The opening riff was originally conceived by Shamus as an Afro-Cuban guitar line, but really came alive when orchestrated for trombone. It’s the action-packed soundtrack to the cop movie that never was.”

Along with the action-packed soundtrack, they unveiled a video, which was animated by L.A.-based Rob Fidel, who has been thriving in the L.A. art and film scene as a production designer and animator, becoming notable for his music videos.

“Rob is a bud, who we met in LA through our good friend (and collaborator) Mat Dunlap who does all our art design work,” says Ewan. “Rob is a very creative guy who is also musical and that makes all the difference when it comes to collaborating on a music-based project. We made him a big long list of ridiculous things that we could be doing in the video, but asked him to basically make us look like badasses. As far as I can tell, he damn well nailed it.”

Check out the video for “Theme From BROS” below, and stay up to date with the band via their socials.