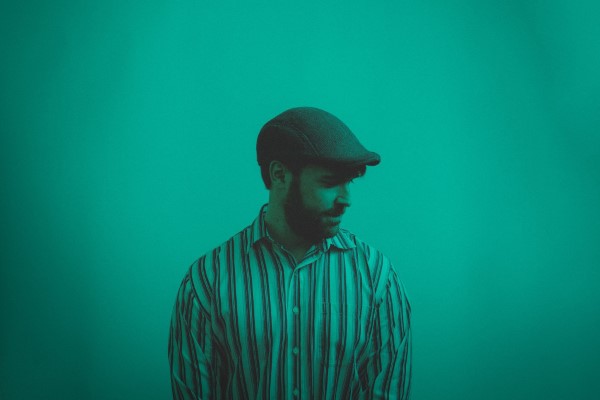 Ontario’s indie-folk singer-songwriter, Brendan Scott Friel has unveiled his new single, “All In” from his recent album, Summer Moons. “All In” is about the beauty of naivety and how we helplessly fall victim to this mysterious force of attraction. There is something really wonderful about that – it’s a great equalizer. No matter your intelligence, race, religion, or background, there will be people you meet who – for reasons beyond your control – just seem to call to you. It can be looked upon with dread and incertitude or celebrated and seen as opportunity for adventure.

Friel’s dedication to enchanting truths, breathless vocals, and stunning instrumentation makes up the wonderment of this latest project. A collection of experiences, memories, and wishes are detailed on the 10-track sophomore album Friel worked tirelessly to stitch together.

“I wrote this album in the afterglow of some major exciting life events,” Friel reveals. “I had married the woman I love; we had bought and fixed up a small home together; I was working with one of my favourite producers… So many things I had been chasing came together, rather suddenly, and after the initial excitement, there was this odd calm and almost sadness.

“In the process of analyzing this, I learned the feeling had a name: ‘The Hedonic Treadmill,’ which is the tendency of humans to quickly return to a relatively stable level of happiness despite major positive or negative events or life changes.

“My struggle with that realization was a major inspiration for the themes present on Summer Moons.”

Check out the video for “All In” below, and find out more about Brendan via our Five Questions With segment.

My name is Brendan, I’m an indie-folk singer/songwriter born and raised in Windsor, Ontario. After years of bouncing around as a session guitarist/teacher, I am now a creator and lover of sad songs. I also want to get this out of the way, no I have not seen the show Peaky Blinders but I am very aware that I am wearing the same hat.

I have just released my second full-length album “Summer Moons.” I’ve been describing my current sound as indie-folk but in all honesty, I love just calling myself a singer/songwriter. When you hear folk it builds an expectation of what the textures and subject matter of the songs will be. I love folk music, I love that at its heart is storytelling and usually, acoustic guitar. But I also grew up listening to so many different styles. I like to think of my sound as simply a projection of what currently excites me.

I actually began working on Summer Moons with my producer James Bunton in February 2020. We obviously didn’t predict the insanity that was about to happen. Our plans to have the album tracked and out by early fall quickly got changed. In the end, we couldn’t even get into the same room to record until that September. At the time I was so frustrated, but now, I am grateful. Instead of sitting on our hands we workshopped the songs, harder than I ever have before. Every Thursday, I would send James one or two songs I had been working on and recorded in my little home studio. That Sunday, we would meet on Zoom and talk about them. This led to me spending the summer of the pandemic engrossed in creating. I would wake up, make coffee and go downstairs and write. I’d break for lunch, go for a walk and come back and listen to what I made in the morning. I would then work on it again until I fell asleep. Rinse, repeat from there. My wife is a special human for living with me through that, as I’m sure I was not a very fun person to be around. Honestly, though, a part of me really loved that schedule. Now that the album is out, I am feeling the struggle of staying creative. I want nothing more than to be out there playing these new songs. Unfortunately, the country is still in lockdown. There are definitely adjustments I need to make to find my creative groove again as this thing draws on.

Ah, that’s tough. It’s what I’d imagine a parent would feel if asked to pick their favourite child. I guess I’d say “Cheap String Lights”. I feel that song really succeeds at capturing the neo-folk fusion sound that I’m excited about right now. It also has a lovely vocal feature from fellow Canadian artist Crissi Cochrane. I would, of course, encourage any listener who enjoys that song to listen through the whole album.

Anyone who knows me, knows I’m not shy about being a huge Donovan Woods fan. I think he is one of the great songwriters of our time. He is a big reason I reached out to work with James Bunton, who produces most of his stuff. Outside of him, I of course have a biased love for artists from my neck of the woods like Bishop Boys, Madeline Doornaert, and Billy Raffoul.