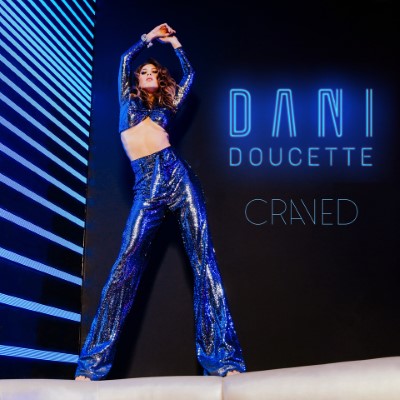 Toronto-based pop artist Dani Doucette just released her new single “Craved”. Written from the perspective of someone craving the desire for human touch, the track is an upbeat song with a sci-fi feel.

“I have always had a fascination with space and the ‘unknown,’” says Doucette. “The lyrics in this song felt like they could be coming from someone that’s never felt a human body, that desire, that want, the craving.”

Taking influences from her musical family, Dani fell in love with music as a child and started singing and songwriting at the young age of 6. However, before branching out into the music scene, she had been in the fashion/modeling industry for over 15 years. She worked with prominent brands and walked the world’s longest runway for the Kols Foundation as a celebrity participant, raising over $2500 in donations. Dani also donated the income from two songs to raise funding for World Elephant Day.

In 2020, Dani signed with MDC Music and began to make a name for herself in the Toronto music scene by performing at various drive-in concerts during the pandemic. She later released the singles “This Christmas (You & Me)” and “On My Mind,” produced by Saint Misha, and “Selfish” produced by Anthony Wright. Her songs present strong autobiographical and rebellious qualities with authentic lyricism and danceable electronic music.

Where did the inspiration for the song’s concept come from?

To be honest I started writing the song in the subway. However, as the songwriting unfolded I started to create more of a storyline. The song is about that energy you can feel from a stranger, the primal desire that you are curious about however nervous to approach because it might not be the best thing for you.

What made an electronic sound fit the song’s meaning?

Working with Thomas McKay, we just felt a dance track suited the story. Also, the melody I had initially written was the catalyst we worked off of, the jump off point. We wanted the entire song to keep high energy. And Thomas knows how to accomplish that with his production. I love writing an infectious dance tune.

What do you hope listeners will feel when they hear your song?

I want everyone to crank the volume and get whisked away into a sexy and electric dance euphoria. This song is meant to be loud and partied to. So many elements in this song that need to be explored and felt louudddddd. Get elevated.

We are releasing non-stop. So make sure to follow my Spotify and YouTube accounts. There are singles and an EP. Stay tuned!