Leif Vollebekk Shares New Video for “Never Be Back” 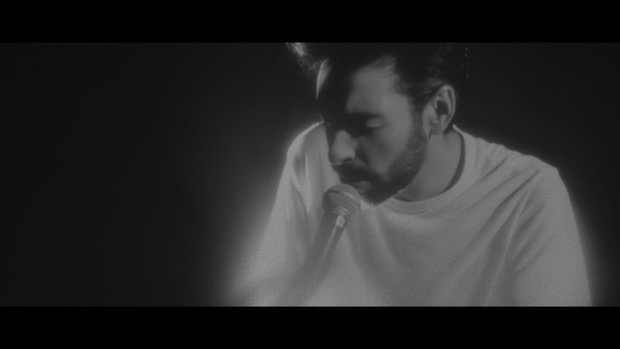 Earlier this week, Leif Vollebekk shared a new video directed by Tracy Maurice for the song Never Be Back, off his most recent album New Ways.

I feel I wouldn’t have ever written a song like this without all those long drives spent listening to Nebraska or Ghost of Tom Joad. You know, with all those Springsteen songs where you see the character is hurting and you don’t think he’s going to make it. But then, he says something that surprises you. It catches you off-guard, makes you think to yourself, well maybe he’s going to be alright. He’s always riding that fine line.

Tracy Maurice, the director, shares with us her creative process:

The video for Never Be Back explores the ebb, flow and ephemeral nature of intimacy by juxtaposing performance with liquid nebulas, cosmic swirls, and drifting clouds created by shooting liquid on glass. This analogue technique reflects the beauty of unexpected moments that can occur when you allow yourself to lose control. The live shots in the video were filmed at the iconic Cinéma L’Amour on Saint-Laurent Boulevard in Montreal.

New Ways was a sonic documentation of everything that Leif felt at the time; tenderness and violence, sex and rebirth. “Anything that I wouldn’t ever want to tell anyone – I just put it on the record,” he says. It was recorded at Capitol Studios in Los Angeles and Breakglass Studios in Montreal, and it features Olivier Fairfield (Timber Timbre) and Homer Steinweiss (The Dap-Kings, Amy Winehouse, Mark Ronson) on drums, and additional vocals by Angie McMahon. It was mixed by Chris Allen in NYC (Yoko Ono, Fleet Foxes, Sigur Rós, Margaret Glaspy) and mastered by Greg Calbi at Sterling Sound (David Byrne, The War On Drugs, Gregory Alan Isakov, Tame Impala, Father John Misty, Bob Dylan, Patrick Watson). The album now has over 21 million streams, support from Pitchfork, Uncut, NPR/World Cafe, The New York Times and obtained a credible Polaris Music Prize 2020 Long List nod.

Since the pandemic hit last spring, Leif released two short EPs of two songs out into the world. Last January it was Long Blue Light, a brand-new original song – with over 5 million streams to this day – with a Bon Iver cover of the song “29 #Stafford APTS.” In 2020, Leif shared Rest, a release that complemented his quiet introspection during these strange times and included an acoustic version and b-side from his 2017 breakthrough album Twin Solitude. That album had landed a spot on the Polaris Music Prize 2017 shortlist, a Juno nomination and is now at 40 million streams. It was critically acclaimed by Uncut, NPR Music, The Fader, The Sunday Times Culture, The Line of Best Fit, Paste, Brooklyn Vegan, WXPN, KCRW and Exclaim! to name a few.