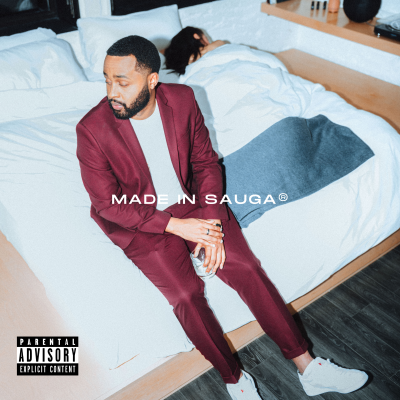 Juno-nominated recording artist, Lincoln Blaché has unveiled his new single, “MADE IN SAUGA®”. The song’s lyrics reflect Lincoln’s return to music after a hiatus to build his MADE IN SAUGA® label featuring Canada’s first R&B Girl group BLK, Soul tress Devaney & R&B Boy band GOODBADUGLY.  Produced by Russell “Chuck” Morgan the songs production is infectious & features nostalgic James brown style breakbeats as a medley of female background singers sing “Dance for me baby” throughout the hook. Living in a world where people are confined to there home MADE IN SAUGA® is the perfect song for the spring/summer to uplift everyone’s spirits through trying times.

“I had this vantage point from where I was or where I wanted to be.”

Lincoln Blaché says of his childhood window. One of Canada’s most successful and driven entrepreneurs grew up within Mississauga, Ontario’s Sheridan projects.

“Our building was surrounded by government housing. But just across Mississauga Road was affluence—one of the wealthiest streets in town; I wanted that for us.”

Fueled by ambition, Lincoln went on to cultivate a multidisciplinary career as an artist, songwriter, producer, label founder, and philanthropist.

“I wear many hats as a young, Black exec who has been navigating Canada’s music industry while trying to add to the framework of urban music,” he says.

Check out “MADE IN SAUGA®” below, and find out more about Lincoln via our Five Questions With segment.

“I’ve been patiently working on this for a long time,” he says of the multi-genre release. “The project is my origin story.”

I represent a generation of marginalized youth through my raps who seek to live a life of affluence. The backdrop for my story begins in Sauga. I try to find my truth of exactly where I am currently in my life. It’s important for me to eternalize that & incorporate my truth through the music.

I would explain it as the best Rap show in the country!

My new single MADE IN SAUGA® off debut project Terminal 1

I might be biased but the artists on my MADE IN SAUGA®  roster are my favs, Devaney, girl group BLK & boy band GOODBADUGLY