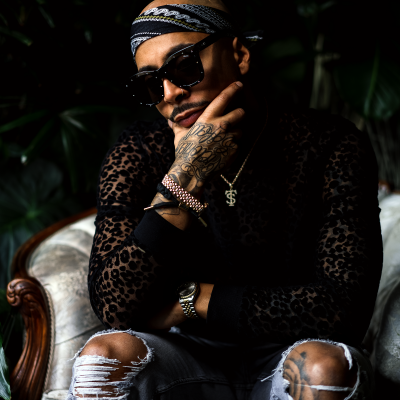 Since the last time we spoke, Terell Safadi has continued to stay busy and see his success grow all over the place. Not only has his newest single, “Made for This”, seen traction at commercial radio, but it was also featured on CBC/SiriusXM’s Indigenous program ‘Reclaimed’ as well as broadcast on Hockey Night in Canada! That’s just one story told on his new EP, Make Money Mindstate, which was released less than a week ago.

It has been a YEAR to say the least! What was the first thing you did when the world “shut down” to be sure you could stay creative?

I started to plan the releases of the music I was already sitting on as well as writing more music.  The world shut down and it was actually a bit easier to create while everything stopped.

Your new single, “Made For This”, includes the soaring vocals of Indigenous R&B singer Michelle Heyoka. How did you connect to get her on the track? Was it always planned to include someone else in the final product?

I actually had the record for about 8 months before I reached out to her. It had a similar hook with my vocals, but I wasn’t sold on it at that point. Heyoka sometimes works out of the same studio as me; it dawned on me to reach out and see if she was interested in helping me finish it up.

What are you most looking forward to with the release of your new EP “Get Money Mindstate”?

I’m looking forward to being able to look it up on Spotify and ride around to it haha. Also to give people another side of me and give them some music with some energy right before summer. I’m an album artist, so I like dropping bodies of work and seeing what people gravitate towards.

It’s so nice to see a combination of your work and your personal life on Instagram! Was it a conscious decision to share the “family man” side of yourself with fans, perhaps as another way to connect?

My music reflects my reality, and I reference my daughter in my music so there are certain moments I like to share with fans to let them know what type of person I am or what I’m up to. I think it came naturally to share that side and let fans see me grow as a man.

The EP “Get Money Mindstate” of course and some singles in the summer. I just want to be consistently dropping music and connecting with fans until I can hit the road and connect with the people in person.