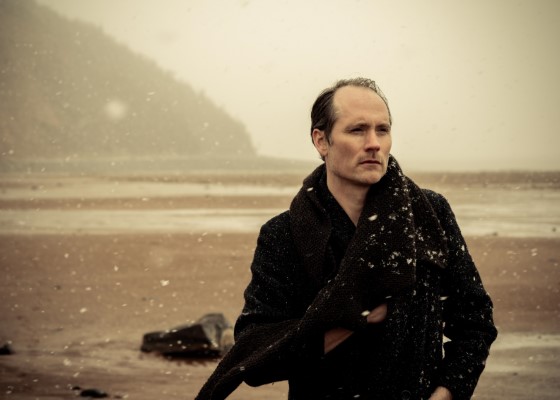 The single is the first one of the forthcoming Dusted album. The song was recorded at Palace studios in Toronto by Chris Sandes and at home by Dusted, aka Brian Borcherdt.

Dusted’s 2012 album Total Dust was selected for the Polaris Prize Long List in 2013 and was placed in Jean-Marc Vallée’s most recent films Demolition and a cameo role in Wild. Apart from releasing his own music since 2002, Borcherdt has been a member of Holy Fuck and has been making music for 15 years, and has released 5 albums. Holy Fuck has seen their music played on major TV shows such as Breaking Bad and Mr. Robot as well as ranking over 200K monthly listeners on Spotify and accumulating over 5 million career streams to date.

Dusted’s upcoming album III is the follow up to the acclaimed 2018 release Black Out Summer and will provide a welcome musical shot in the arm for fans who have anxiously waited four years for new music from the band.

Can you tell us a bit about the story behind “Little More Time”?

It was the first song I brought out after the Total Dust record was finished. I liked how simple it was, the chords, the rhythm. So, I wanted the lyrics to be simple and direct. I wrote a simple statement, acknowledging the passing of an acquaintance of mine. I’m wishing for more from them but also saying, ‘whelp, that’s it, they’re gone’. In a way it isn’t sad. It’s just a frank admission of the facts.

Can you tell readers about the songwriting and production process behind it?

This record was recorded mostly live, guitar, and vocal. I prefer to do that when possible. The song was nearly done after that first session. I added the subtle dreamy Casio sample of my voice to give it some depth. I underpinned the chords with a baritone guitar to give it some weight. I felt it was done at that point but my buddy Alex from the band Metz came by the studio and sort of chastised me for not adding drums. So, he laid down a scrappy take that we all liked. I invited my friend Brad Kilpatrick to lay down the final drum take that afternoon and yeah, super simple. I love that. It was a joy and never became a burden to finish this song.

Why was it selected as the first release of the album?

Good question, I know it has a sweetness to it. But that also scares me. I put a small pile of favourite songs together and sort of closed my eyes, drew them from a hat so to speak.

What do you hope listeners feel when listening to the track?

The sentiment in the song is delivered in a way that is almost saccharine in my opinion, almost sappy. I hope listeners can cut through that and find the simple expression. I hope it’s genuine and unpretentious. I hope it feels good to them.

It’s my favourite yet I think. It’s super bare. But by removing the safety net I think I made a record that is bottomless. There’s no fence to cage it in. But rather than being confronting, I think it’s just warm and caring.