TUNIC is “Exhaling” with the new release of their album 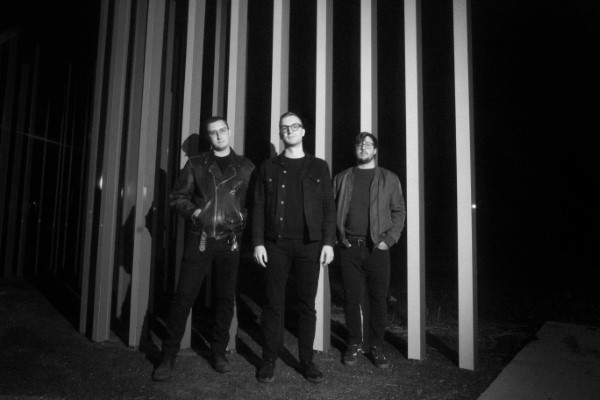 A perfect cross between their musical inspirations, their sound is inspired by the melodic approaches of Quicksand and Superchunk, venom and heartache in Converge, and controlled chaos behind Botch.

In 2016, the group formed after founder David Schellenberg was told he “wasn’t good enough” for another band. He decided to follow his own path and joined forces with Rory Ellis and Dan Unger. Since then, the group has released several projects including “Disappointment” in 2016 and “Boss” in 2017. They’ve toured the globe with artists like Ken Mode, Single Mothers, and even Hank Wood and the Hammerheads. This led to the release of their debut LP Complexion, which was followed by another 11 weeks of touring.

With placements on several editorial playlists like New Punk Tracks (Spotify), The Punk List (Spotify), Breaking Hard Rock (Apple Music), and features on CVLT Nation and The Punk Site, they’ve established themselves as one of Canada’s emerging “hardcore”, “sludgy” bands with their visceral art-punk music.

Here’s what TUNIC had to share on their latest release:

What’s the meaning behind the LP’s title name?

Well, the record is named after the song and the line is “Exhaling poison on You.” It’s really another way of saying spitting venom. Just being angry and frustrated and voicing those things.

How is this new music an evolution of your group’s sound?

How was the album produced in light of the pandemic? Did you encounter any difficulties?

All these songs were recorded pre-pandemic actually, so the only difficulty was the pandemic itself.

What made you decide “Exhaling”, “Fade Out” and “Invalid” to be the lead singles?

As this release is new songs bundled with previously sold-out releases it was a no-brainer to highlight these three new tracks.

What can fans expect from TUNIC this year?

More new music, like a ton of new music. New videos. Hell, maybe we’ll record a live set or something.