Home / Promos / May 21 is a day that Tim Hicks fans need to mark on their calendar. It’s the release day for his new album, Campfire Troubadour

May 21 is a day that Tim Hicks fans need to mark on their calendar. It’s the release day for his new album, Campfire Troubadour 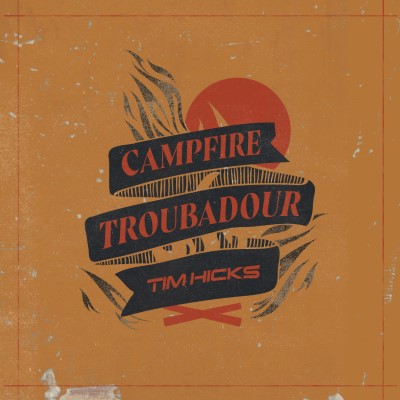 Tim Hicks, a four-time JUNO Award nominee and multi-Platinum selling CCMA Award-winning country artist, has announced the release of his seven-song album, Campfire Troubadour, on May 21 via Open Road Recordings. This collection of tunes pulls from Hicks’s humble beginnings where he charmed his audiences at bars on a nightly basis with a vast repertoire of solo acoustic material designed to please that crowd. It’s the sort of music that reimagines his unmistakable sound in a more personal setting, such as a fireside jam at home as well as the modest rooms where he once performed.

“I was a working musician for years and years before I ever had a record deal or songs on the radio. That meant I booked myself gigs nearly every night in towns within a six-hour radius, drove my minivan, set up the gear in the corner, and sang for my supper. Most of the gigs I did back then were solo acoustic gigs, no band. I loved it. I met so many great people, learned a tonne of material, and really got comfortable by myself entertaining a room. I also love to camp. I grew up camping and loved to bring a guitar to the fire and strum a little. Amanda and I still take the kids at least once a summer. Over the years, we’ve had some epic jams by firelight and I wanted to capture that vibe on a record. And so, in the early months of 2021, during our second “lockdown” in Ontario, I decided it was time. I hope you sing along.”

The lead track, “Slow,” injects harmonica and gang vocals evocative of those cheeky late-night singalongs he had with friends while setting the tone for a compilation that establishes Hicks’s diversity as an artist that knows no limits.

“The Good, The Bad And The Pretty” is Hicks’s current single. But, the campfire version on this album is a stripped-back reinterpretation that pays homage to his fans and his own experiences that actually shaped him as the person, artist, and performer that his fans have come to know and love.

Another song on this EP, “Last Can,” follows through on his beloved tongue-in-cheek writing, and it’s sure to take any backyard/kitchen party well past last call.

Campfire Troubadour delivers track after track of unrivaled quality and consistency while keeping genuine to who Hicks is. With this EP, he is making his ascent as an elite chart-topping artist. Hicks has come a long way since making his country label debut in 2013.

Campfire Troubadour Track Listing:
1. Slow
2. Horses and Hearts
3. The Good, the Bad and the Pretty (Campfire Edition)
4. Annaleigh
5. Last Can
6. Don’t Look Back In Anger
7. After All These Beers