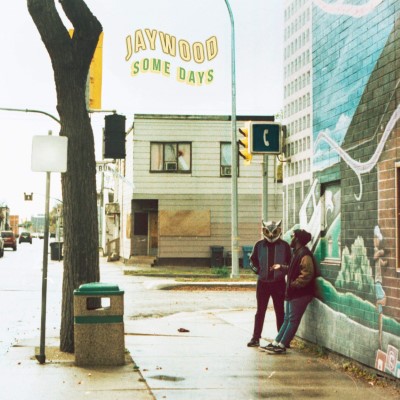 Winnipeg’s JayWood, known more formally as Jeremy Haywood-Smith, is a solo musician who might as well be a whole band of his own. First written and recorded in 2015 and now remade for his Royal Mountain Records/Captured Tracks debut, Some Days may be brief, but sure has a whole lot going on.

The EP is largely typified by a sound akin to such bands as Minus the Bear, especially during the first couple tracks (“Some Days” and “Creeps”): a complex interplay of rhythms and melodies that come together to form a spellbinding whole, inviting listeners to follow any of the individual components as they bounce around and sweep dynamically though never stray from the cohesiveness of it all. Each piece, from captivating beats to funky key work and basslines, to psychedelic guitar riffs and richly composed vocals, is a standout component of its own, while also coalescing so wonderfully together. At the center is “Dreams,” fittingly named in its soft slow loveliness and moving violin, followed by “What You Do to Me” with its appealing vocal harmonies. To round things out symmetrically, the acoustic version of “Some Days” presents a stripped-down version of the title track opener, which may be simpler in comparison but retains much of the energy of its counterpart.

Mmmmm. What a set of sonic delight this is!