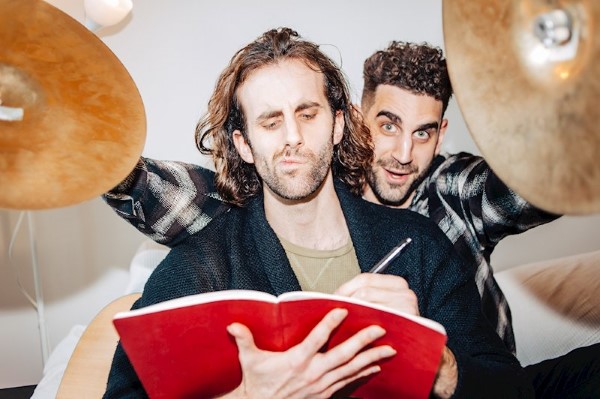 Soon after Sean Listro released his two singles “Feel Your Touch” and “Lonely Star,” he realized he needed a creative and artistic balance. That balance came in the form of his brother Evan—a creative equal that now aids him in his odyssey as a songwriter.

Crucial to the Listro sound since day one, Evan has joined forces with Sean to form The Listros—a dystopian alt-rock duo with a larger-than-life sound (reminiscent of Oasis, U2, and Pink Floyd) ready to take the world for everything it’s got.

Though The Listros only recently decided to make their collaboration concrete, the brothers have been on a musical journey together since grade school.

The duo has released their single, “Numbers”. The track begins with a bluesy, atmospheric, acoustic riff as Sean sings about the nagging voice in the back of his head telling him to make the jump on his latest artistic endeavour.

“It can come from procrastination or just self-doubt,” Sean says. “This is a song for everyone who has ever felt stuck in what they are doing, whether that’s being stuck at a dead-end job or being part of something you secretly have no aspiration for.”

“We’re all striving for that pursuit of something that fulfills and fuels our soul and that’s what “Numbers” is about,” Evan adds. The music video features Sean wandering aimlessly through the desert until he has a moment of epiphany.

Like many of The Listros’ tracks, this epiphany comes from a form of resistance—a resistance to sitting back in apathy and disillusionment. This resistance is signaled by the song exploding into a raw, face-melting guitar solo as Sean screams “over the edge” during “Numbers” crescendo.

Check out the video for “Numbers” below, and stay up to date with The Listros via their socials.