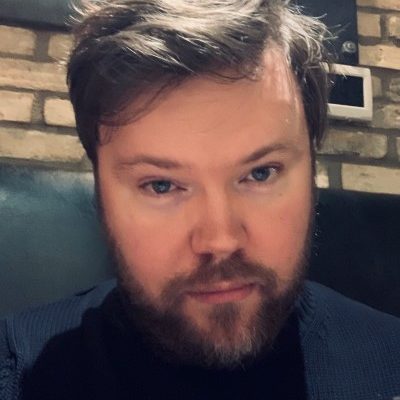 His sixth single, Corbett uses the song to usher audiences on, not only a metaphorical musical journey but one of the highs and lows of being in love too.

Though the sonic elements of this spacey love song might inspire a happy-go-lucky feeling, the lyrical content is much deeper than it may seem on the first spin; Corbett reveals its creation spawned from the concept of trying to navigate one’s way through the denial of being in a great relationship — one that’s almost-ethereal — and the fear of heartbreak. “If you don’t put yourself out there, it’ll never work,” he considers. “Facing the possibility of heartache and loss is worth the gamble of potentially gaining real love.

“If we’re lucky, we may meet someone who makes us feel whole,” Corbett continues. “If we’re really lucky, that feeling is reciprocated. I find we give up too easily, and move on when things get ‘real’ as our own way of coping with things that make us feel like we’re alive and have something ‘real’ to lose.

“It’s only through acceptance that you can truly love someone and let them in your life. It’s about having patience and understanding with the one you love… Seeing their faults and accepting them.”

Check out “Drive85” below, and find out more about Robert via our mini-interview.

I’m 41 years and my only regret in life is that I’ve only “recently” taken my passion for music seriously. I’ve always had the bug, stemming from my love to sing to my first guitar lesson at the age of 10. As the songs I wrote piled up over the years, I finally took the professional production plunge and haven’t looked back. I’ve released 6 songs in the last few months and I plan on releasing as many as humanly possible over the next while. Making up for lost time I suppose.

Tell us about the recording process behind “Drive85”?

Once I’ve gotten an idea (which comes with no warning) I generally write it down and/or record a crude version as soon as possible as I find the good ideas can disappear just as quickly as they come. I generally like to lay down some vocals in the studio with a basic arrangement and build all the elements from there.

The highlight of 2020 was me finally committing myself “fully” to the music. In other words, actually doing something with the 200+ songs that I’ve written over the years. I’ve also met some amazing people along the way.

I’d like to release another 8-10 songs this year and continue to organically build my Spotify / social media presence.

I’d love to collaborate Anton Sevidov, who formed a Russian synthpop band, named Tesla Boy. I’ve been a fan ever since I discovered their hit, “Spirit Of The Night” over 10 years ago. It just goes to show that music crosses all cultural barriers and is the only language we need.