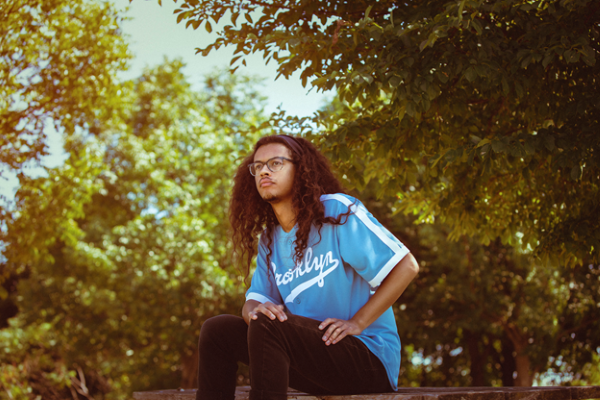 Hamilton, ON-based hip-hop artist, LTtheMonk has released his second single, “Dark Italians” from his upcoming album, On The Wall, which will be released August 20, 2021, via Sonic Unyon Records.

“Dark Italians is inspired by hip-hop music’s long time obsession with mafia culture, and the link that Sicily itself has with Black history, due to its occupation by the Moors of North Africa many centuries ago,” says LT about the inspiration behind his new single, as he sinks into his young Godfather-like character, representing Hamilton and honouring its Sicilian sister city Racalmuto. “Linking the two cultures, as well as the interactions between African-Americans and Italian-Americans in the Spike Lee movie Do The Right Thing, inspired this song and its title.”

The video, which you can check out below, was directed by Matt Azzarello. Check it out, and find out more about LTtheMonk via our Five Questions With segment.

My name is LTtheMonk, I’m a hip-hop artist originally from London, England, and I now proudly call Hamilton, Ontario home, where I perform, record, and write all of my music! I’m a rapper, a dancer, I perform with a live band on stage so I can’t wait to be able to get on stage again to play with them, and I’m very excited for the world to hear my new album ‘On The Wall’ when it comes out on August 20th!

The part that I love the most about making music is writing the lyrics, as I love to pack my lyrics with heavy wordplay, double and triple meanings (attempting even more sometimes), and I try to combine the lyricism with instrumentals that make you move, something you can groove to when you see me perform live. Sometimes this leads me to mix hip-hop with synthy electronic styles, or R&B or jazz, and in the case of my new song ‘Dark Italians’, with the guitar solo at the end, I even try to bring heavy rock into the mix.

I usually find inspiration for my lyrics and songs just by living, from conversations I have, situations I witness in life, relationships I have, so even through the pandemic I’ve been trying to maintain that exposure to life, talking with people and experiencing things so I can keep feeling inspired, to keep writing and creating. And I find that just always reading or listening to podcasts about music keeps me feeling creative as well, if I listen to a podcast dissecting an album I’ll feel so inspired to think about the concepts of future albums that I want to make, and that’ll lead to a lot of song ideas and lyrical ideas coming to my mind.

I would suggest my latest song ‘Dark Italians’! I think with each release I become more and more happy to see my music out in the world and see people connecting with the lyrics, the choruses, the instrumentals, the music videos, and I’m really proud of how I brought all of those elements together in this song: the wordplay in the verses, the background vocals I sing to foreshadow the wonderful guitar solo, and the music video where I really sunk into the Godfather character I was trying to portray!

My favourite Canadian artists really fall mostly in the R&B genre, as I absolutely love DVSN, PartyNextDoor, Daniel Caesar, and everything they do. As I mentioned before, I want to make songs that have deep lyricism yet go over instrumentals that make you move, so it would be amazing to work with people like DVSN & PartyNextDoor, whose instrumentals make me dance. And of course, Drake has been one of my hip-hop/pop heroes since 2009, and I’ve been a big BADBADNOTGOOD fan for years too!