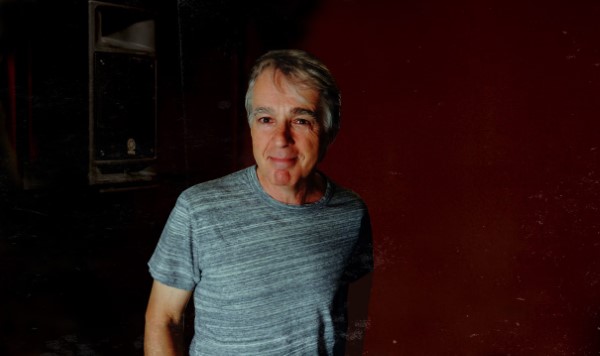 As far as resumes go, Ward’s is among the nation’s most prolific: To leap by decades, he was a recording artist throughout the 70s, a television icon and founding VJ through the 80s, and a hit songwriter in the 90s. He’s written songs for many — including Diana Ross, Amanda Marshall, Colin James, and the Backstreet Boys — as well as for CTV’s Instant Star, the Degrassi franchise, Cirque du Soleil, and more. His songs have been performed on Idol shows around the world, and he’s won a JUNO Award for Songwriter of the Year. Ward has also authored three novels, Is This Live?, and co-hosts a podcast, Famous Lost Words.

Now, Ward’s take on “Black Velvet” is one of many; the song precedes his forthcoming album, Same River Twice — set for release on May 28, 2021.

Produced by Ward, Arun Chaturvedi, and Luke McMaster, the album signals a homecoming, or a return, if you will. After a career of writing songs for others, Same River Twice tells his own tale as an artist and writer. “It’s a testimony, of sorts, from someone who’s been ‘working life out’ on a guitar and in a notebook for half a century — and counting, and as times change, and we all age, we still have new stories to tell.

“The ground I cover in Same River Twice is personal, and the telling is honest and hopeful. These are songs that say it was all worth it, that our choices matter, and that we need dreams to live for.”

A deep faith in the creative process led to the making of Same River Twice this past summer.

“A group of brilliant players and singers gathered in the legendary Orange Lounge studio,” Ward recalls. “We recorded in a way that harkened back to the classic Motown and Muscle Shoals style of working; I’d play the song on acoustic guitar for the band, then they’d run it down a few times, making notes and talking about the shape of the song.

“We’d press record,” he continues, “and once everyone was happy, on to the next!

“It was my belief that capturing a performance of the song, live off the floor and while the players were still discovering it themselves, would lead to the ‘loose and live’ feeling that’s so elusive in recording sessions.”

And capture it, they did. The result is a 13-track LP, along with Ward’s reinvention of “Black Velvet,” that will “take you to the places where the song was born.”

Check out “Black Velvet” below, and find out more about Christopher via our mini-interview.

I’m a Canadian songwriter and for a long time, I’ve been writing songs for artists like Diana Ross, The Backstreet Boys, Amanda Marshall, and Roch Voisine. My latest songs sounded like they need the writer’s touch, so I made an album!

Tell us about the recording process behind “Black Velvet”?

We recorded it live off the floor to get that loose, front porch feel. I wanted to recapture the feeling I had when I wrote the song 30 years ago. It’s been recorded a lot but I’ve never heard a version quite like this one. I hope that people who know the song well will hear something new in it.

I’m tempted to say the day that 2020 ended, never to return, but I’ve had an exceptionally creative year, writing and recording and it’s felt like rediscovering something that I’d lost. For me, creativity is always the right response to challenging times, and we’ve all been through so much that I think we need music more than ever.

I’ve had a career that I never could have foreseen, so I’m not looking for accomplishments. I want to stay creative and work with interesting people. I love collaboration and this album, “Same River Twice” introduced me to a whole new group of players and singers. If I had one wish it would be that the music gets heard. It was a joyful experience working on it and that would be very gratifying.

If Taylor Swift feels like dropping by on the weekend, I’m free to write, and if I opened a show for her, my daughter would be very happy!