Home / Promos / Jenn Grant releases video for “Flying On Your Own”

Jenn Grant releases video for “Flying On Your Own” 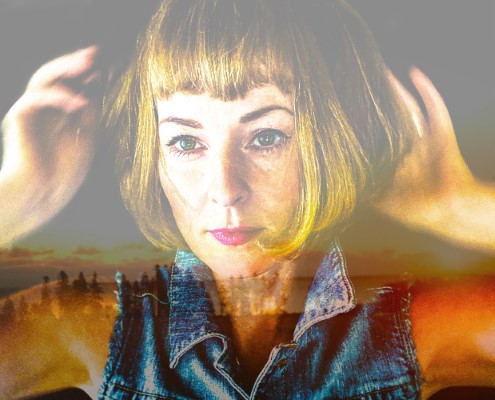 Jenn Grant, one of Halifax’s most popular folk-pop singer-songwriters and producer has released her newest single, “Flying On Your Own.” The new release is Grant’s personal rendition of the hit song which was originally recorded by Rita MacNeil. “Flying On Your Own” is regarded as one of MacNeil’s biggest hits and was a crossover Top 40 hit for her back in 1987. “Flying On Your Own” was even covered by fellow Canadian music royalty, Anne Murray.

“Flying On Your Own” is Grant’s third release in a collection of self-produced covers of Canadian classics. Recording these special songs marks a full-circle moment as a heartfelt ode to Grant’s childhood experience witnessing her mother’s move to Nova Scotia, and a journey many can relate to: the drive to a new place and a brave step forward into a new, undetermined life.

Grant has also released an accompanying visual video for “Flying On Your Own.” The visual is a stunning portrait of Grant traversing Nova Scotia terrain, depicting the meaning of home. “Flying On Your Own” was produced and engineered by Grant at Azalea House in Lake Echo, NS, mixed by Daniel Ledwell, and mastered by Isaac Barter. The visual video was directed by Tessa Fleming, edited by Grant, with assistance and filming by Favourite Hummingbird Collective (a collaborative group of like-minded artists and friends comprised of Kim Harris, Olivia Fader, Don Brownrigg, and Daniel Ledwell).

“Flying On Your Own” is the follow up to Grant’s cover of Leonard Cohen’s “Bird On The Wire” and an inspired take on Gord Downie’s original “Chancellor.” These releases also mark Grant’s debut as a producer, having completed the tracks from her new home studio in Lake Echo, NS.

“There was no one she knew waiting for her there. But a determined energy to ‘fly on her own’.  I have found, as we all do I think, that it takes a while before you see your parents as real ‘people’. I am about the same age as she was then, when she summoned the courage to just keep going” Grant explains. “There were also some musical tapes that were played so often around that time that the song titles would wear themselves right off the cassette. She loved Rita MacNeil. Who wouldn’t? What a spirit. What a fighter. Besides making a name for herself as the top selling country artist in Canada that year – from Big Pond, Cape Breton to Toronto, then to Ottawa, on her own- with her kids after leaving her husband and following her dream. From feeling like she had no voice, to becoming the voice for women, in a time of roaring independence. Rita was sweet, seemingly soft spoken, until you heard her sing. Until her voice would shake the ground. I would not be where I am today without women like Rita, and my mother, who taught me that the power of strength to rise up and be strong is within us all. This recording and video are a tribute to them, and to any human who has felt the fight and is still fighting.”

You can check out the video for “Flying On Your Own” here, or stream here.