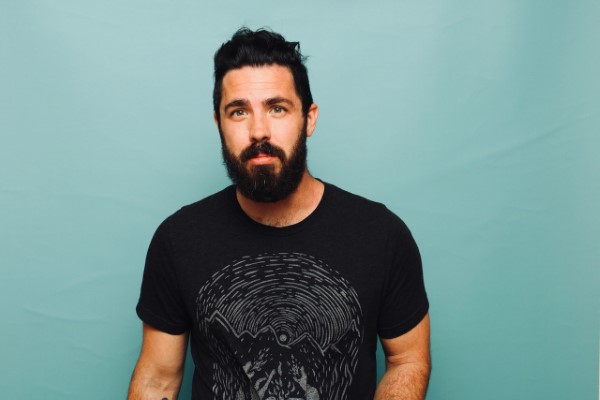 Toronto, ON-based musician and guitar builder, Alex Beraldo released his new album, Freaktone Sessions in April 2020 to zero fanfare,  since it was right at the beginning of the COVID pandemic. This isn’t a story that is unique to Alex, in fact, it’s a story that many musicians that released music last year have. But what is unique, is that Alex decided to shine some light on his overlooked album by re-releasing the single “Southern Heat” along with a new live video filmed in his luthier workshop on the anniversary of the album’s release.

“Southern Heat” is one of those songs that takes you by surprise. It seems like a sweet, romantic love song at first, but then it straight up hits you with an emotional punch that sits with you long after the song has ended.

“This song just kind of wrote itself one night,” says Alex. “At first it sounds like a nice love song about a girl, but I actually think the lyrics are quite selfish and petty in nature. I came by it honestly though, and I think that’s what makes it good.”

Check out the video below, and find out more about Alex via our Five Questions With segment.

Hi, my name is Alex Beraldo.  I write folk songs and play ’em for anyone who will listen and I’ve been doing it for about 15 years now.  Lately, I’ve been building guitars too.

I love the classics, old folk, and blues music.  I think my tunes emulate that. I love a good road song, and I write lots of them.  For whatever reason, songs about the road and wanderlust come easy and often for me.  I also believe simplicity is the key to a great song.  All you really need is three chords and the truth.

The gigging has dried up with the pandemic.  I did a few online performances and that’s fun but kind of weird.  I’ve mostly been just building guitars and planning/hoping for a post-covid music boom.  If you come to see me play you will get to hear me tell lots of stories in between songs.  Some of my favourite artists are great storytellers and I’ve always liked to follow that lead and have a funny or clever story to explain where a song came from.  I find it makes the song itself more enjoyable to listen to when you get a sense of where it came from.  You’ll also see some kickass guitar picking and harmonica playing.

Hmm, that’s so hard.  Depends on what kind of music this hypothetical person likes.  But I’ll suggest ‘Hippy Racket’ off my new album, it’s a banger.

My favourite contemporary Canadian artist has got to be Colter Wall.  He’s unreal.  My all timers are The Band and Neil Young.  Also, I’ve been listening to a lot of Gordon Lightfoot lately.