Home / Promos / We Were Sharks release new single “Over This”

We Were Sharks release new single “Over This” 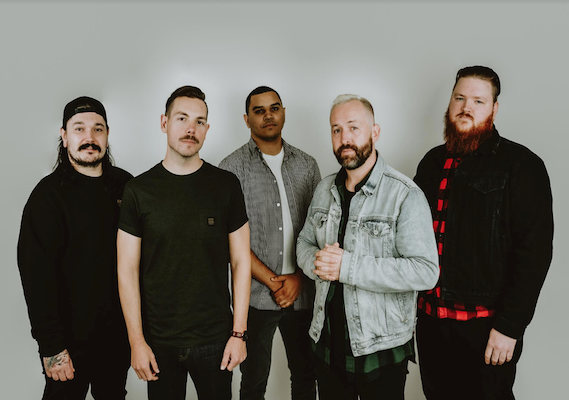 Picture supplied by Cadence Music Group
Recently, Ottawa’s We Were Sharks, officially announced the release of their new full length album, New Low, due out May 21, 2021 via Known Accomplice. Earlier this week, the band has released a new single “Over This,” which fans can stream now here or below:
“Over This” as well as previously released singles “Problems,” “Shameless,” and “Bring Me Down” all come off of the band’s highly anticipated record. Fans can pre-order New Low now here.
On New Low, lead vocalist Randy Frobel shares:

“New Low is a collection of songs that we created that focuses on being down but not out. Since the release of Lost Touch, we’ve experienced many of life’s ups and downs. We’ve lost relationships, friends and family, and have gone through a lot of unexpected challenges that life has a tendency to throw at you when you least expect it. However, no matter what may have tried to keep us down or hold us back, we always take the hit and keep pushing forward.”

“A lot of songs tell stories, but when we talked about what “Over This” was going to be about we decided to talk about a feeling or vibe rather than go the narrative route. We wanted to talk about the feeling you have when you find yourself in a place in life where you should be filled with joy, happiness, pride and essentially every positive feeling imaginable. Instead you feel lost with no sense of enthusiasm. Although you should appreciate the moments, you feel like you would rather be doing absolutely anything else and be anywhere else than where you are right now.”

Additionally, on April 30, 2021, We Were Sharks will be hosting “New Low: The Visual Album Experience” via Veeps. The experience will feature We Were Sharks performing New Low in its entirety almost a full month prior to the release of the album in the form of a visual album experience that includes live performance style videos of every song on the album, behind the scenes look from the music videos and the making of the documentary. The event will conclude with a live Q&A with the band. Tickets are available now via weweresharks.veeps.com.
Connect with We Were Sharks
Facebook
Twitter
Instagram