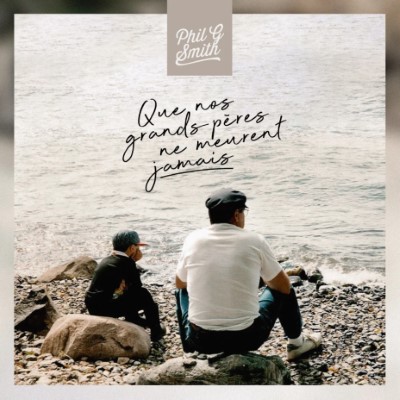 Phil G. Smith has unveiled a very personal music video for his new single “Que nos grands-pères ne meurent jamais.” The new single is Smith’s French-language adaptation of Riley Green’s popular American country song “I Wish Grandpas Never Died.” Smith’s new version of the song is a tribute to his grandfather who died of cancer in 2020.

Smith shot the images of his new music video between the walls of his grandparents’ house located in Gatineau, QC the day before the keys were handed over to his new owner. Directed by Charles-William De Melo, the video mixes Smith’s farewell to the family home with precious film memories that Phil found on old VHS from the 1990s.

“This house is my childhood, where I was cared for when I was young, this is where I lived as a teenager following my parents’ divorce, this is where all our family celebrations (and God knows you don’t need big reasons to celebrate). Everyone was welcome there, neighbors, friends, distant cousins. Filming the music video in this house was kind of my way of leaving it” explains Smith.

“Que nos grands-pères ne meurent jamais” is the first single from an upcoming album in progress which should be released in the fall of 2021. Smith took creative liberties with the translation of the song to make it more personal and turn the lyrics into his own story by slipping in his own references well anchored in his Quebec history. Smith took the song in a direction which revisits the priorities and desires of everyday life. Accompanied by John Anthony Gagnon-Robinette in the production, Smith once again offers a well-crafted piece that continues to pave the way for high-quality French country rock.

In addition to the new single Smith has announced several tour dates, with more to be added as they are booked. 2021 will see Smith performing around the province of Quebec. Full tour dates and information can be found here. You can view the touching video for “Que nos grands-pères ne meurent jamais” here and check out the single on your favorite music platform here.