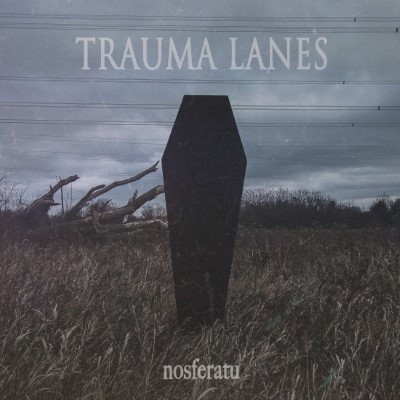 Listening to Nosferatu is like having a punk/metal club that has been delivered straight to your eardrums. Close your eyes and you can almost smell the spilled beer in the mosh pit and feel the impact of an elbow in your face in every track. Through its production, instrumentation, and vocals Nosferatu expertly manages its tension and release to almost perfectly capture the power of a live show. Between the octane-powered drums, the savage guitar riffs and the violently screamed lyrics, Nosferatu consistently demands you start a mosh pit (even if it’s one). The track ‘Tinnitus at Twenty,’ spells this out plainly when mid-song, the wall of sound drops, and the singer returns to his regular register. He then says calmly and collectively, to make sure we don’t mishear, that  “If you didn’t come to dance, get the f*ck outta here” before the accompaniment picks back up to kick you in the ear.

The standout track for me on the album was its title track, “Nosferatu”. “Nosferatu” pulses with wicked energy as it corners the listener with tempting respites, only for Trauma Lanes corners your ears and goes for the throat. It’s best played loud and in surround sound to feel its teeth closing around your neck.