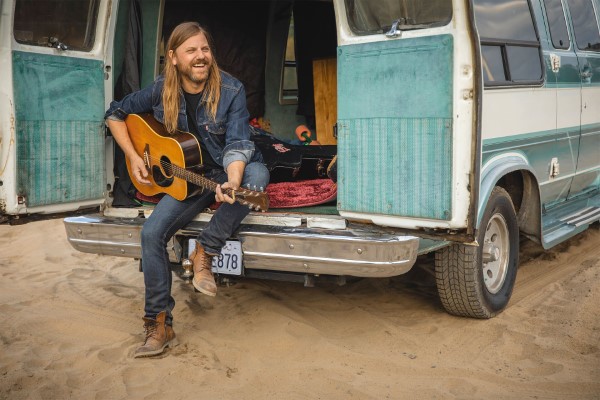 Multi-talented instrumentalist, Steve Hill is back with a video for his single, “I Won’t” from his latest album, Desert Trip.

The single was recorded at Valentine Studios in Los Angeles, with words by Steve’s good pal Johnny Pilgrim. It was recorded when he did his California road trip in 2016.

The video for “I Won’t” was filmed at Trou du Diable, a microbrewery that Steve partnered with to do the Desert Trip beer.

Check out the video below, and find out more about Steve via our Five Questions With segment.

I have produced most of them and produced for other artists as well.

10 years ago I became a one-man band and have been doing that since then, notably with a trilogy of albums titled Solo Recordings.

My latest release is called Desert Trip and focuses more on the acoustic side of my playing.

My music is definitely Blues-based but there is as much Rock and Roll in it as well as Country and Folk. I love music in general and listen to a ton of stuff. All of that finds its way into what I do, it’s inevitable.

I’ve been keeping busy since the start of the pandemic. I’ve done plenty of online concerts. I’m a studio owner so I’ve been recording. I’ve given online guitar lessons. I’ve collaborated on other artist’s recordings. I’ve been playing guitar a lot.

If I had to choose one song out of my repertoire I’d choose Cold Hearts from Desert Trip. I’m very proud of that one.