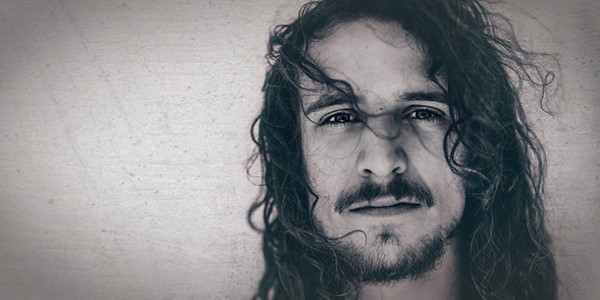 Like watching the sun set upon a quiet hilltop on a summer night, “Reverie” is a tranquil, relaxing, and beautifully mellow composition. Featuring the arrangement of soft, gradual piano keystrokes adjoined with the alleviating reverb of the synthesizer, “Reverie” rounds out with warming strums of an electric guitar.

The resulting dreamy sound flows through ears with ease, settling in the crevices of minds, and instilling audiences with a sense of peace. “Within you, there’s a place of escape; a place to reflect, reminisce and wonder; a place that’s all your own,” he expresses. “I hope this music might offer an escape for those experiencing a difficult time right now.”

Check out “Reverie” below, and find out more about Rob via our mini-interview.

My name is Rob McAllister. I’m a Toronto-based multi-instrumentalist and composer. In 2017, I started an ambient/modern classical project called ‘Music Within’. Under the moniker, I release emotional, cinematic music – from soft, dreamy, slow-moving compositions approaching the realm of ambient, to raw solo piano and string-based pieces approaching upon classical. I like to look at it like I’m writing music for films that don’t yet exist, or that may only ever live as unique stories within each listener’s mind. Naturally, I do also compose music for film projects that do exist, most recently co-scoring the documentary film Town of Widows. My upcoming ambient/neoclassical album, Finding Stillness II, with its soft, dreamy pieces, offers a place for reflection, introspection, and stillness.

Tell us about the recording process behind “Finding Stillness II”?

I’ve wanted to write this album for several years now, but other projects kept taking priority. Finally, in December 2020, I sat down and created what is now the first track on the album, Waking Moments. Over the next 2 months, I wrote the other 10 tracks, recording, producing, and mixing them myself in my cozy home studio. I feel very fortunate to have the beautiful playing of renowned Toronto violinist, Drew Jurecka, on 4 of the pieces: Waking Moments, Sunshower, Transcendence, and At the River’s Edge. (We recorded these string parts via remote session, where Drew recorded from his studio and I listened in from mine).
With this music, there was always the plan from the get-go to include guitar. While it only takes front and centre in the final track, Petrichor, it’s featured on other tracks like Reverie, Euphoria, and Floating in the Depths. I also pulled out my trombone and trumpet for some subtle background layers in a couple of the tracks. Euphoria is the one where they’re most prominent.
I’m rambling, I know… one last tidbit! Buried within most of these tracks are subtle nature sounds, like waves, streams, fire crackling, or a quiet summer night. At the beginning of 2021, I started a side project called Whispering Landscapes, to foster my hobby of recording nature sounds. Since I was going over those recordings around the same time as writing this album, I experimented a bit and liked the addition of the background textures.

Hmmm… Well in 2020 I put out an EP called A World Worth Protecting, that was quite well-received. I’m really proud of that set of 4 tracks, so releasing it is one of my favourite musical highlights of 2020. In terms of a non-musical highlight, in 2020 I became an uncle! So that was very exciting.

I mean the obvious one would be that in 2021, I hope this new music connects with millions of people all over the world. I wouldn’t be upset if I could get some love from large editorial playlists to help it reach further. In 2021, I’d love to see some of my music licensed for use in a feature film or two. I also hope to have an opportunity to continue growing as a composer in the realm of film composing. Basically this year will continue to build upon everything thus far, more listeners, more fans, more music, more traction. I think it’s going to be a big year!

A collaboration in some context with Max Richter would be a dream come true. Not exactly the most realistic, but hey if I don’t say it then it definitely will never come true. I’d also love to collaborate with a group out of the UK called AVAWAVES! In terms of pairing music with visuals, I’d really like to collaborate with nature documentary filmmakers.