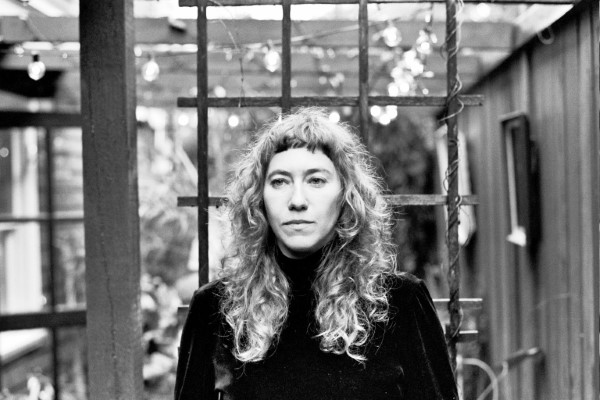 Dana Sipos has announced that her new album The Astral Plane will be released on June 25, 2021, via Roaring Girl Records. Ahead of the album’s release Sipos has shared the first single/video, “Light Around The Body.” You can pre-order/save The Astral Plane here.

“Light Around The Body” is “a cacophony of reflections after a three-month solo tour to Australia and New Zealand in the winter of 2019,” says Sipos. “It’s infused with the vibrancy and sensory overload of being in such a far out place where some things were literally upside down. But it also touches on some painful elements – I was in Christchurch when the bombings occurred in the mosque, which of course was greatly mourned by all of New Zealand and the world. The aftermath of the 2010 earthquake was still very palpable and evident there. So ‘Light Around The Body’ is primarily about infusing oneself with the strange and beautiful and sometimes painful and strives to make sense of the senseless.”

For The Astral Plane, Sipos once again teamed up with experimental producer Sandro Perri and reunited with her accomplished studio band for the project, consisting of Thomas Hammerton (keys, piano, organ), Mark McIntyre (bass), Nick Zubeck (guitar), and Blake Howard (percussion), with guest appearances from Lydia Persaud (vocals) and Michael Davidson (vibraphone). To bring the new songs to life, the crew decamped to a large converted 1860s stone carriage house, The House of Miracles, in Cambridge, Ontario in the summer of 2020. The result is an impeccably curated collection of sounds, anchored by Sipos’ haunting vocals and evocative lyrics.

This LP is described as the album Sipos has been preparing to write her whole life. Sipos’ grandparents survived the Holocaust in their youth and later, with two young children in tow (including Sipos’ mother), fled Hungary during the Communist Revolution of 1956. “My grandparents had miraculous lives” Sipos explains. “As child survivors, they both lost so much. During their escape from Hungary they were thrown in jail, sent back, escaped again; my mother was drugged to stay quiet on the journey and almost didn’t survive. They arrived in Canada with $5 sown into a jacket pocket and didn’t speak a word of English. I feel very lucky that they shared these stories and experiences with us.”

From her grandfather, Sipos also inherited a love for singing, Jewish jokes, and Yiddish humour: “I grew up with a love of stories and storytelling across the board, the unfathomably dark and painful. And despite — or perhaps because of — the hardships, the ability to turn that darkness into humour.” Sipos became a careful observer and close listener at the kitchen table on her grandparents’ farm, where they settled in southern Ontario.