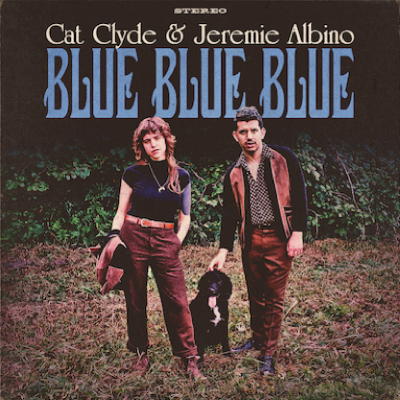 “I had been working on this original song with a Big Bill Broonzy vibe and I took it to Cat to see if we could work on it together. She loved the tune and helped with some really great lyrics before we hit the studio. We love this tune cause the final version ended up being really close to the original demo which to me always means – there’s some kinda magic in a song.” Albino says.

Clyde and Albino are cut from the same musical cloth that fuses together elements of folk, blues, Americana, and soul. The result is a sound that exudes heart and a nostalgic feeling of days gone by. Both are fans of classic old school singers and storytellers like Lightnin’ Hopkins and Michael Hurley, that same compelling quality is seen in both their musical styles. When the pandemic hit and gigs were put on hold it allowed both artists to focus on their craft, individually and collaboratively. The album features the two original songs “Been Worryin’” and “Tried and Cried,” as well as seven covers of some of their favorite artists.

In 2018 when Clyde and Albino met, there was an instant bond when they discovered their music tastes uncannily aligned. They both grew up listening to many of the same records and admired many of the same musicians.

“It’s nice to share that love of listening to something a hundred times and never getting sick of it. As a musician you travel around a lot and meet a lot of people, but when you meet someone that has a hunger for the same type of musical food, it’s really special.”