Home / Promos / Myles Goodwyn releases new single, “Will The Last Voice I Hear Be An Angel”

Myles Goodwyn releases new single, “Will The Last Voice I Hear Be An Angel” 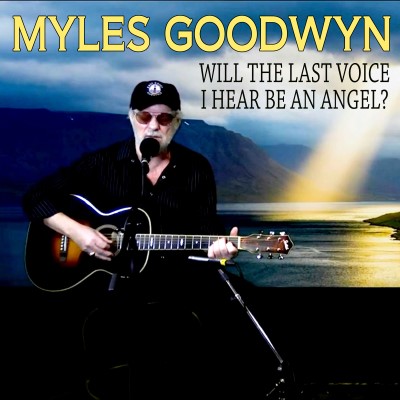 Award-winning Hall of Famer and multi-Platinum selling producer, songwriter, and April Wine leader Myles Goodwyn has released his first-ever spiritual song, “Will The Last Voice I Hear Be An Angel”.

Beyond a legendary mainstay of the Canadian music landscape in his own right, Goodwyn is joined on the track with Bruce Dixon (Oakley Band, Rita MacNeil, Roch Voisine) and Jim Henman — the latter with whom he started the iconic rock band, April Wine, alongside David Henman and Ritchie Henman in 1969.

The new single arrives ahead of Goodwyn’s forthcoming recording project, Long Pants, set for release this Summer 2021. A collection of his most personal songs to date, the new full-length dives deep into the masterful musician’s extensive and previously unreleased archives, with one song’s origins even dating back 40 years.

“The ‘oldest’ new song on the album, ‘Forever Amber,’ was written four decades ago,” Goodwyn shares. “I wrote it for my daughter, Amber, on the very night she was born.

“The recording will feature a song I’ve written for each of my three children,” he reveals. “‘Talk to Me’ was written for my son, Aaron, and is about love, and the importance of communication between a child and their parents. And ‘Over the Moon’ was written when I learned my younger boy, Cary, was diagnosed with Type 1 Diabetes. It’s a serious and chronic disease, and the song is one of love, understanding, optimism — which is an important message of hope and love to all children and parents dealing with diabetes.”

“This song — “Will the Last Voice I Hear Be an Angel” — is the release’s ‘youngest’ new song; I wrote it this Spring,” he shares. “It’s a tune about life, and reflection, and contemplating one’s mortality.”

Check out the single below, and stay up to date with Myles via his socials.