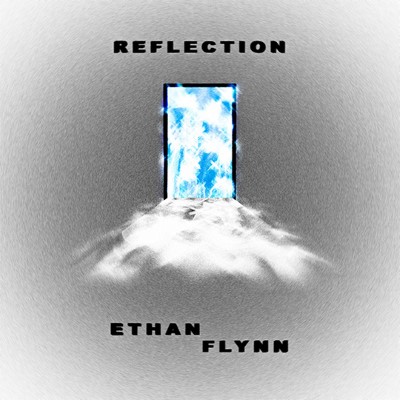 On “Reflection,” oscillating guitar effects create an affable ripple, which is then harnessed by the undulating distortion of Flynn’s flowy voice and accompanying harmonies. When bound with the single’s lyrical themes of transitory relationships — romantic or otherwise — the music feels rich in texture. It’s like a river in song-form due to how effectively these conjoined elements illustrate the transience of our connections with other people, as the current of life carries us from them and them from us.

When absorbing lyrics like ‘it’s like they all slipped away, but I want you to stay, and you want me to go, so I’ll go now,’ one may be able to discern such allegory based on how the components of “Reflection” intersect and speaks to Flynn’s innate ability to write songs that are open to interpretation of how the music and the lyrics come together.

Check out “Reflection” below, and find out more about Flynn via our mini-interview.

hello! My name is Ethan! I’m 19 years old and I have been writing songs for as long as I can remember. I started releasing some of them in 2017 and ever since then I have been on the quest to write and record as much great music as I can. Being able to capture my creative vision for songs and being able to put that out and share them with the world is one of the greatest blessings in my life. The first song I ever published was a song called “Pink Rose” which ended up on my debut album “Happy Valley”. I truly believe that songs can capture emotions in a way that nothing else in the world can.

Tell us about the recording process behind “Reflection”?

“Reflection” is not only the most recent song I have put out but it is also the most recent song I have written in general. It was completed within a 2-week span, from the beginning of composing the bare bones of the song on my acoustic guitar to mixing and mastering the final song. It was written during a particularly dark period in my life, I was stuck inside every day and this gave me a chance to reflect on some of the past relationships I’ve had with fellow musicians and friends in the past and how they haven’t worked out. The song was really created to keep me distracted and incorporates some elements of previously unreleased songs that I have written in the past and haven’t put out yet but plan to. These songs will be called “Sweetheart Grips” and “I Can’t Imagine”.

The highlight of 2020 was the creating and recording of my single “Somebody To Love”. This song was created right after the initial lockdown here in Toronto and I felt a surge of creativity that lasted all throughout the project. Just like “Reflection”, I wrote, produced, and recorded the entire song by myself in quarantine. I also shot and edited a music video for it. The creation of this song, as well as the other songs I created over the year which will end up on my next LP, captured one of the most inspired periods in my songwriting career thus far.

I hope to eventually reach a larger audience with my music because I believe that I have so much to say, musically, and music can be one of the most important and healing factors in life.

I would love to collaborate with local Canadian band Peach Pit, as well as some other of my favorite artists from today including Crumb, Rex Orange County, and Tyler The Creator. However, my all-time collab wish would have to be Paul McCartney. My life would be complete.