Five Questions With The Nolas 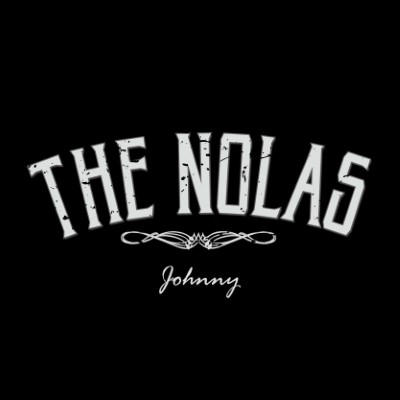 Montreal, QC-based alternative rock band, The Nolas was founded by longtime childhood friends, Joey and Manny. After years of sharing a rehearsal studio working on separate projects, an impromptu jam session ensued. The session was recorded and as they listened back, they knew they had something interesting on their hands. Shortly after, Fil and Mark joined the group, and as they say it, the rest is history.

On February 16, the band released their new single, “Johnny”, a straightforward, 4/4, head-bopping rock song with a heavy groove. The single was recorded at Chart Room @ Cherry Studios (MTL), mixed at Freq Shop studio (MTL), and Mastered by Frank Arkwright from Abbey Road Studios.

Check out the single below, and find out more about The Nolas via our Five Questions With segment.

Hi! We are Manny (Songwriter, Guitarist & Vocalist) and Joey (Songwriter, Drummer & Vocalist) from The Nolas. We’ve been friends since high school and grew up in the same Montreal neighbourhood. After years of sharing a rehearsal studio and working on separate projects, we had an impromptu jam session (circa 2013). Luckily, we recorded the session and as we listened back, we knew we had something interesting on our hands.

A trip to New Orleans a few months later also played a huge role in our inspiration…The musicians and artists on Frenchman Street are the Real Deal! Our friends, Fil (Bassist) and Mark (Guitarist) joined the group shortly after. The songs from that initial session became the foundation for our first EP released in September 2015.

We recently released our newest single “Johnny” on Tuesday, Feb 16th, 2021. (aka. “Mardi Gras” and we swear it was pure coincidence)

Most of our music is initially created during “in the moment/when you least expect it” random jam sessions. It’s amazing the magic you can create at the moment, just picking up our instruments and singing exactly what’s on our mind at that point in time. It’s really about capturing that raw “spur of the moment” vibe. (If we remember to press record of course!) Not every song makes it to full production, but the process is so inspiring and liberating. It makes you want to play and write more. It’s also great to test out new songs live. You really get a sense of its potential and if we are heading in the right direction for the development of the song. We also tend to bring some of our personal work, share ideas, and see if they fit in The Nolas sound and vibe. We tend to work on lyrics individually, for the most part, however, feedback and constructive criticism is welcomed/encouraged. We trust each other, that’s the most important part. Fil and Mark help put the finishing touches, by bringing a great dynamic to our sound and vibe

Our music is greatly inspired by all eras of Rock N Roll, from the ’50s to today. We also tend to focus on getting a consistent Nolas sound inspired by Pop/Alternative Rock of today. We tend to enjoy our mix of heavy groove drum beats, powerful melodic rhythm guitar, a driving bass line, a smooth “bluesy” lead guitar and catchy vocal melodies. We are lucky to have 4 vocalists in the band to get that sound.

Manny: I got into music at an early age. We had The Beatles, The Doors, and Lynyrd Skynyrd on vinyl. I found cassettes of Led Zeppelin’s “I” and “IV”, along with Aerosmith’s “Toys in the Attic”. These albums completely blew me away. When I was five, I was totally into Michael Jackson’s “Thriller” album which is still awesome. I discovered Guns N’ Roses in Dirty Harry in “The Dead Pool” and that’s what really introduced me to movie music. Tarantino movie soundtracks have been another inspiration to me. I enjoy many types of music from the 50s all the way up to today’s Rock/Rock Alternative, Spanish flamenco, World music. You never know what might inspire.

Joey: I grew up in a family of musicians and singers on both my parent’s side. I discovered Rock N Roll listening to “She Loves You” on my Dad’s 45 rpm vinyl at a very young age, followed by Led Zeppelin’s “I” and “IV” on cassette! Also, being a huge Michael Jackson and Red Hot Chilli Peppers, I tend to reference these bands when I’m writing. These days, I tend to listen mostly to new Alternative Rock, which helps bring a fresh perspective of the vibe and sound of the music being created today.

We just realized that The Beatles, Led Zeppelin’s “I” and “IV”, and Michael Jackson’s “Thriller” really had an impact on both our lives. Very interesting, freaky and makes so much sense now.

We are both fortunate to have a home studio set up where we can individually work on new songs before getting together and sharing ideas. We’ve done a few video calls, but nothing beats a live jam! Being limited to very few jam/recording sessions over the past year, we’ve shifted focus to producing songs recorded pre-pandemic. It’s actually boosted creativity, for upcoming songs we are working on. So lots of writing going on…

Joey: At the start of the pandemic, I decided it was time to expand my home studio. I try to pick up my guitar and sing for at least an hour every day. I sometimes press record and send to Manny for a listen. Ensuring that music is part of my daily routine is not something I had the privilege of doing prior to the pandemic. It has helped boost my creativity and keep me conditioned. I am however missing my drums. So I’ve recently decided to set up my old drum kit at home in my basement. No complaints yet, so I’m guessing my neighbours are loving it!

Manny: A lot of writing and recording happens in my home studio. I pick up a guitar and just play and sing. It could be one of our songs or a cover song or even something new I’ve been working on. Doesn’t really matter which, as long as I’m practicing, the creativity follows. I find reading helps too with creativity, to tell a story, create a backdrop, a landscape, scenarios, characters/faces to finally put into words. The ideas come from both personal experiences and imagination. I look forward to playing in a room with my bandmates again, that’s when the magic really happens.

“Johnny” is our newest release.

It’s one of those songs that we’ve played at our last few shows pre-pandemic and always made people move and groove. It’s inspired by Rock N Roll roots and influenced by modern alternative rock sounds. We like to think of it as a feel-good rock song with heavy grooves and a cool hook.