Cassie Dasilva Releases New Single “We Might Break Up” 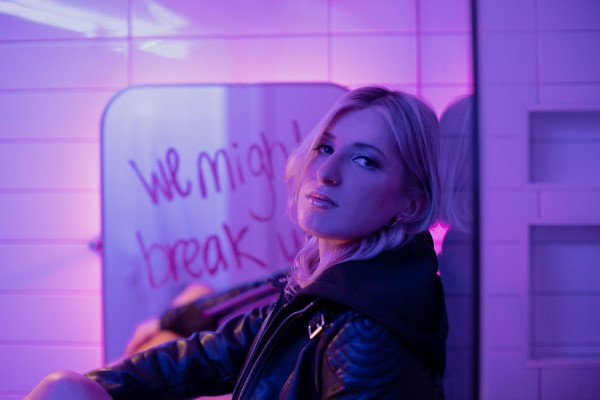 Cassie Dasilva is back with her second single of 2021, and it’s as infectious and relatable as her current catalogue.

Her new release, “We Might Break Up“, is a play on the classic “it’s not you, it’s me” relationship conversation, set to an ethereal melody and a slick bassline. Dasilva’s autobiographical songwriting is in full force here, as she reflects on her own romantic patterns and considers ending a healthy relationship in order to feel “in control.”

Dasilva is making a name for herself as a dynamic pop songstress. Her first single “Welcome to My Castle” reached #8 on Spotify’s Viral 50 Chart and she’s been making bops ever since. We Might Break Up is another anthemic gem from the Orillia, Ontario songwriter.

The single was produced by Robyn Dell’Unto and features a Euphoria-inspired music video. The video was co-directed by Dasilva and shot with an entirely female crew — unsurprising given that supporting females in the music industry is a core part of Dasilva’s identity as a musician herself.

Cassie Dasilva’s new music is available to stream everywhere now, and you can learn more about this up-and-coming Canadian artist on her website.