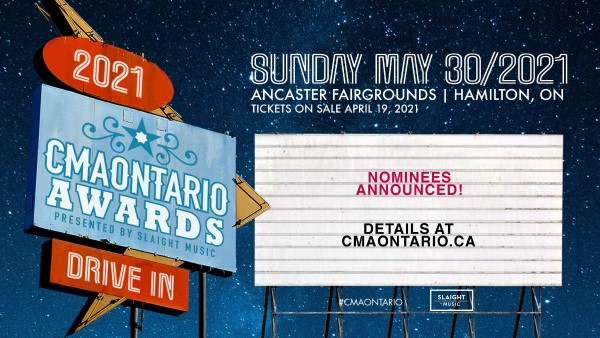 As we head into a second summer of creatively planned alternatives to traditional concerts and festivals, the Country Music Association of Ontario (CMAOntario) have announced the nominees for the 9thAnnual CMAOntario Awards, as well as their plans to return to the drive-in stage to celebrate the best of Ontario’s country music on May 31, 2021.

Following the success of their rescheduled 2020 show that took place at the Western Fairgrounds in London, Jason McCoy and Beverley Mahood will host the 2021 edition at the Ancaster Fairgrounds in Hamilton.

Performers, ticket details, and additional events from the CMAOntario Festival & Awards Weekend will be announced in the coming weeks and will be found at www.cmaontario.ca

List of nominees for the 9th Annual CMAOntario Awards