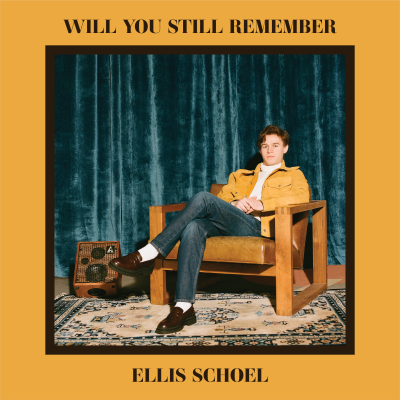 Spring has arrived and we can now start dreaming about those hot summer days that we drive around with our windows down blasting music on a road trip with a loved one. Ellis Schoel‘s newest single “Will You Still Remember?” is out now on all platforms, and will for sure bring us to that state of mind. The video will follow mid-April.

“Will You Still Remember?” was written by Ellis Schoel, three-time Grammy-nominated producer and songwriter Johnny Black, and Grammy-nominated engineer Mike Piazza in early 2020 at Black and Piazza’s home studio in Nashville, Tennessee. It is a song that talks about young love and wanting the feeling of the early stages of love, when everything is perfect, to last forever. Drawing influence from the pop and folk genres, “Will You Still Remember?” is reminiscent of the works of artists such as Ed Sheeran, The Lumineers, and Shawn Mendes with its big choruses, high-energy production, and emotion-packed lyrics that are incredibly relatable. Schoel says of the song:

“This song is perfect to be listened to during summer driving with the windows down, at a party with friends, or when you’re dancing alone in your kitchen. It’s a straight-up good time.”

Ellis Schoel, aged 21, is a singer/songwriter from Montreal. He began his musical journey at the young age of 3 and professionally has pursued a career in the field since 2017. During his time working as a musician, he has had the opportunity to collaborate with many industry greats including the 4 time Grammy-nominated Margaret Becker. Not to mention that he has received the guidance and tutelage of the legendary manager Bernard Porter. So far he has released three singles “Natural Disaster”, “You Around” and “Hand On My Heart.”