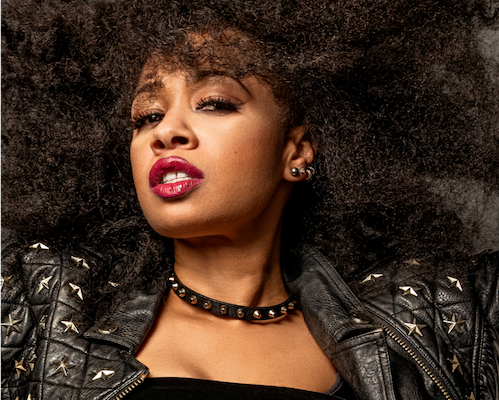 Last week, award-winning R&B artist Melanie Durrant released her latest single “Listen”. Produced by Statik Selektah (worked alongside Nas and Wiz Khalifa), “Listen” is embodied with emotion and perfectly encompasses a 90’s hip-hop and R&B sound. Since 2013, Durrant has received three JUNO Award nominations. In 2013, “Made For Love” was nominated for Reggae Single of the Year, in 2014 her second single “Gone” was nominated for R&B/Soul Recording of the Year, and in 2015 Durrant picked up another nod in the R&B/Soul category with her single “Four Seasons.” She was also nominated for Soul/R&B Artist or Group of the Year at the 2015 SiriusXM Indie Awards.

Durrant’s last album, Anticipation, has garnered over 3.7 million Spotify streams worldwide. It peaked at #5 on the Canadian iTunes R&B chart, landed a #1 spot on campus radio, and saw a Top 20 spot on The National !earshot chart. Her single “Goodbye” was selected for a major ad campaign and was broadcasted in 27 countries. The Toronto-native has headlined multiple festival appearances including the Montreal Jazzfest, Toronto Beaches Jazzfest, and has shared the stage alongside Jay-Z, 50 Cent, Jill Scott, Fantasia, Alessia Cara, Cissy Houston, Sean Paul, Common, and many other top acts.

“Listen” is the first single off Melanie’s upcoming album, Where I’m At, slated for release this May. The R&B track embodies raw emotions, and the lyrical styling tells the story of toxic relationships and how emotional abuse is more common than we think. Melanie wants to use this single to raise awareness to the toxicity found within relationships and to give empowerment to those who feel trapped. With a sound that pays homage to the classic 90’s R&B vibe and sound, “Listen” is a soulful yet upbeat melodic track with an edgy hip-hop vibe.