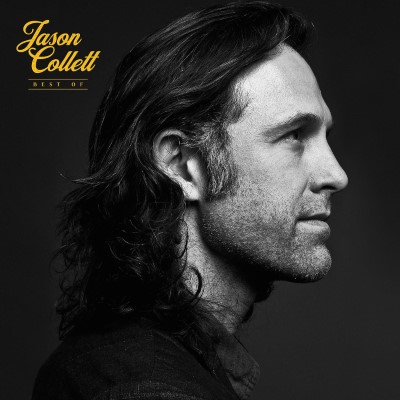 Despite the literal decades that make up this album, each track on Best Of feels modern and fresh. Whether this means that Collett’s older work was ahead of its time, or was just always timeless, may be a matter of opinion. Regardless, the album is a welcome addition to the dourness of the present day, reminiscent of the more upbeat tracks of Broken Social Scene (a band Collett had worked heavily with in the past).

Each track on the collection is nostalgic and warm; even on more melancholic songs, Collett’s vulnerable voice is sincere and welcoming. There is also a palpable sense of craftsmanship in Best Of. From the well-arranged accompaniment to the intricate lyrics, there is a sense that no note is out of place, no word misspoke, making for an album you can easily float along to. There is some sense of the breadth of time as some tracks drift more into country, some into funk, some to folk, some to rock, but they are all unequivocally Jason Collett’s vision.

This is a Best Of compilation, so there are lots of good tracks here, but standouts to me were “Blue Sky”, “I’ll Bring the Sun”, “Love & Babe”, and “Song and Dance Man”. “Blue Sky” has the rhythm of a lullaby but with a seventies progressive folk bent. In Blue Sky, Collett sympathizes with his audience on how they might use drugs as a crutch, or find escapism in their dreams, but asks them to open their eyes and “bring on the blue sky.” In other words, he uses a lullaby to wake people up to see the wonderful world that’s moving all around them.

“I’ll Bring the Sun” is pure joy. As the title says, this song ‘brings the sun’ as Collett builds a sense of urgency to bring happiness to its listeners with a fast-paced accompaniment and jubilant chorus. “Love & Babe’” is a rockabilly throwback with a modern twist as Collett gives a ‘warts and all’ portrayal of his partner — from their beauty to their temper — but in every detail, negative or positive, Collett concludes he still “loves ya babe.”

“Song and Dance Man” is surprisingly funky and fun for a track that bemoaned the inability for artists to make a good living; featuring harsh lines like “if we could just sell some t-shirts, we could pay for the gas.” The track then ends with perhaps its most brutal conclusion: that “You gotta do what you can when you’re a song and dance man.” In other words, making this track sad and dour wouldn’t sell, so you gotta do what will if you want to stay a song and dance man.