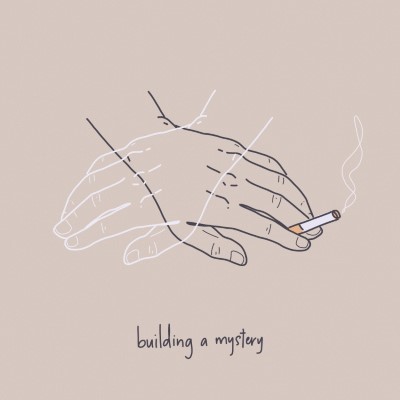 “Although I wasn’t a die-hard Sarah McLachlan fan, whenever I heard the ethereal and emotional qualities of ‘Building A Mystery’ it always intrigued me,…For me it’s usually the emotional and sonic qualities of a song that catch me first and the rest of it later. After getting deep into the lyrics I enjoy that it’s calling out the fake and the shallow; I like doing that in my songs. So this one goes out to the influencers.”

On the heels of his latest full-length album En Masse, Canadian indie singer-songwriter Mike Edel continues to embrace the positives of the era. His series of contemplative, mid-tempo covers is a nod to Edel’s singer-songwriter lean whereas En Masse embraced co-writing, collaboration, intuition, and was decidedly upbeat.

En Masse, Mike Edel’s fourth full-length out via PENNANT, saw production and mixing contributions from Marcus Paquin (The National, Arcade Fire), Andy Park (The Head and The Heart, Noah Gundersen) among others. The album features all co-written songs by Edel and including the up-tempo singles and accompanying videos “Hello Universe”, and “Good About Everything”, and “Still Thinking About You”.

Edel’s latest is a follow-up to Edel’s Chris Walla (Death Cab For Cutie) produced 2019 record, THRESHOLDS. After THRESHOLDS, 4 Million cumulative streams across major platforms, landing a song on ABC’s American Idol, in heavy rotation on CBC Music, AAA Radio across the United States, and on Sirius XM’s The Verge and North Americana; after playing hundreds of shows across North American and Europe including Rifflandia Festival, Vancouver Folk Festival, Regina Folk Festival, Victoria International Jazz Festival, and Upstream Music Festival; after sharing the stage with Serena Ryder, Foy Vance, Said The Whale and Josh Garrels; and after moving to Seattle, WA and getting married, Edel has established himself as a creative tour de force with plenty on the horizon.