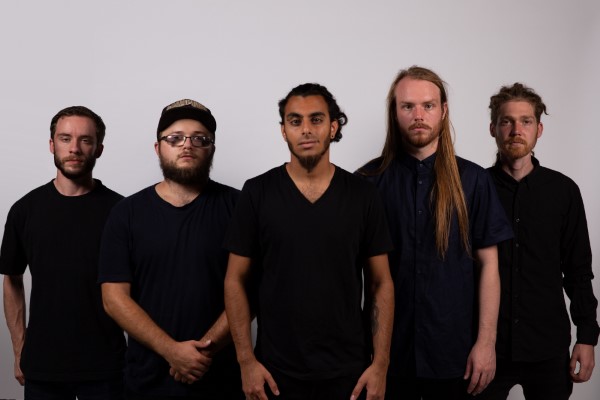 Hailing from Oshawa, Canada, Maitreya will be unleashing their upcoming album Hyper Reels this coming June 2021. To date, they have shared two singles “Departed” and “Catalyst“.

Continuing in the lead up to their new record’s release, the band is sharing their American Gods-inspired single “Summit” with an accompanying music video.

The band comments on the track:

“Summit is an exploration of the concept of spiritual value, and the way that giving time and attention to things gives them power. At times we give this power to things or concepts which do not add positivity to our lives but instead hollow and degrade our existence. Inspired by the novel American Gods by Neil Gaiman and the show of the same name.”

Maitreya’s sophomore album, Hyper Reels boasts a higher degree of musical complexity, filthy breakdowns and a wider range on the vocals ebbing from melodic cleans into sustained growls set to a whirlwind of complicated riffs. The full length is a heavily layered listening experience, a cacophony of styles, merging together to create an intense wall of sound that forces you to pay attention to all the subliminal notes and tempo changes.

As a whole, the album was put under a microscope during its creation, forcing Maitreya to refine every element and mature past their previous releases. It shows vastly improved musicianship that will only continue to grow as the band forges onward in their career.

A barrage of complexity intertwined with melody awaits fans, especially those who have an interest in The Contortionist, Between the Buried and Me, and Protest the Hero.