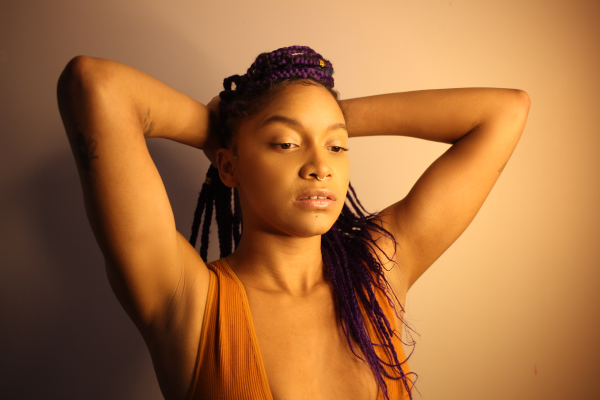 Vancouver-born, Montreal-based producer and artist, Janette King has released her new single, “Airplane”, alongside the details of her debut album, What We Lost, which is set for release on June 25, 2021, via Hot Tramp Records.

This full body of work arrives following a run of tipped singles and EPs which have found acclaim in her home country of Canada, earning support from CBC Radio, Exclaim, and Xtra Magazine, as well as earning opening sets for Sudan Archives, CupcakKe, and Jamila Woods.

“Airplane” is a pulsating, house-driven number that really helps to set the tempo and thematic tone for the record. The single explores the ending of relationships and the bruising effects that they can leave on you, it’s also a personal lesson that taught Janette a sense of empowerment in the face of loss.

peaking about the propulsive new track which comes produced by Jordan Esau with a video directed by Kenny McDonald, King shares,

“This is a song about coming to the realization that you need to let go of great love. Feeling angry that y our lover wants to move away and that in turn, that means the end of the relationship. There is a sour energy to this song but there is also a sense of empowerment.”

Check out “Airplane” below, and stay up to date with Janette King via her socials.