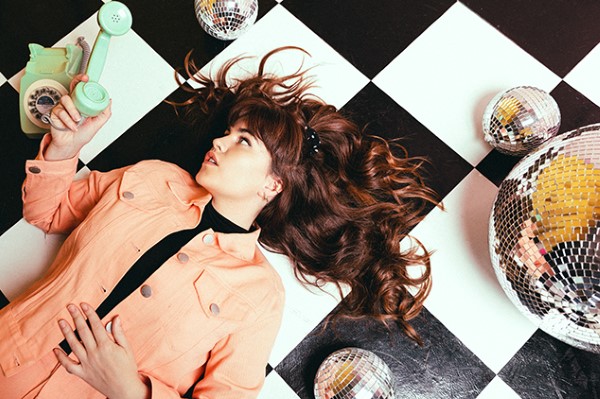 Toronto, ON-based artist, Shannon Dooks has released her heartfelt lead single, “Doubts” from her upcoming album, Do It Again.

When a once-thriving connection turns dubious, acknowledging the signs can be a tough experience — and “Doubts” says it all. Everything from the innocent piano intro to the mellow rhythm sections that follow, the arrangements send the notion of a fond farewell wrapped in a melodic package.

The message within is signed, sealed, and delivered by Shannon Dooks’s harmonious and smooth vocal style.

As light as the single sounds, the weight within the lyrics denotes a tipping point in a crumbling relationship. According to the Dooks,

“it’s that feeling of constantly putting in effort into the relationship and each broken promise is that much more devastating as it goes on and then you finally reach a breaking point.”

Further reinforcing the message are the closing lyrics of the first verse: “You tell me go, you tell me stay, you tell me leave, but don’t tell me what I should believe.”

While Shannon is known for writing her own songs, “Doubts” was penned by Toronto-based internationally-renowned songwriter, Rosanne Baker Thornley. The single was intended to be a submission for film and television spots, however, the voice of Shannon Dooks was found to be a perfect vessel for the tone of the single.

Check out “Doubts” below, and find out more about Shannon via our mini-interview.

Hello there! I’m Shannon Dooks. I was born and raised in Oshawa, ON, then burst through my small(ish) town bubble and lived in Australia for 5 years! Now I am back in Toronto, launching my music career like never before and working on an album called Do It Again. I drink coffee every morning and love a glass of red in the evening, I love to go vintage shopping, and I love the city of Toronto, but I also love to travel and see the world we live in.

Tell us about the recording process behind “Doubts”?

Doubts fell into place in a very unexpected way. I work and write with an insanely gifted songwriter, musician, and all-around wonderful person, Rosanne Baker Thornley. She writes so many songs and is the writer of Doubts. We recorded Doubts at her home studio with the incomparable Will Schollar on production. I gravitated towards Doubts on a personal level, but we initially only planned to record Doubts to be submitted for film and television spots. After sitting on it for a little while, we thought that it fit my music vibe and would be a great starting point to get back into music and get reacquainted with the industry. Now it’s out and I couldn’t be more thrilled and I have completely adopted the song as my own!

Something really cool and somewhat unexpected that happened in 2020 was that I was featured on a song called Christmas in California with Raff Pylon and Snoop Dogg! Raff and I record at the same studio, Kensington Sound, and this was a song we wrote and recorded a couple of years ago and we weren’t sure what was happening with it, until my producers, Ben Pelchat & Earl Powell, called me in October and said that the song was gonna be released that year and that Snoop was gonna be featured as well. It was pretty unreal, I still can’t believe we’re on the same song!

In association with Doubts, we are planning an event we’re calling The Doubts Art Project, where we will have local artists create a unique, one of a kind, piece of art associated with the song Doubts. We will then auction off the pieces and donate the money to charity. Beyond that, it’s kinda hard to plan and “dream big” when our world seems so uncertain and rules are ever-changing, but I would love to release at least two more songs this year, ahead of the album, and I would love to plan some shows this summer. Perhaps a backyard tour in outdoor spaces! It’s always fun to be creative and bring music to unexpected places.

Right now, I am kind of obsessed with Maisie Peters who is a singer-songwriter in the UK. I would absolutely love to collaborate with her or open/close a show for her! Julia Michaels, Meg Mac, and Emily King are dreams as well! Otherwise, I always love collaborating with our local Toronto talent, including J3M, Midnight Vesta, Your Hunni, and Robinson Kirkby.