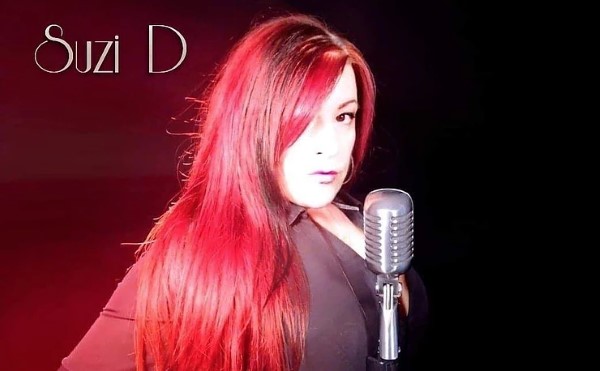 Word has it, she’s the “vocal chameleon of Montreal” and with her versatile vocals, raw or subtle is no challenge in her performances. Born and raised in Montreal with a Portuguese background, the singer-songwriter has been performing with bands for many years, but for now, she feels it’s time to go solo.

“Different styled songs are underway, but PARADISE was purposely written for these undergoing times, with an adverse 70’s vibe, complimented with a cool bassline, and melodic vocals. Something different from what we hear today because the “good stuff” will always be the good stuff….so let’s rewind! Come on, join me!”

Check out the single below, and find out more about Suzi D via our Five Questions With segment.

Hey everyone! My name is Suzi D, born and raised in Canada with a Portuguese background. I’m a singer-songwriter, studied music, and majored in vocals at Thomas D’Arcy McGee for the Fine and Performing Arts in high school in my hometown of Montreal. I’ve been in and around the music scene for many years, performed the small & bigger venues here in Montreal with various bands. I’ve been fortunate enough to have been the opening acts for know bands like ‘The Tragically Hip’, ‘Skunk Anansie’ and ‘The Damn Truth’. My biggest highlight was performing in front of a crowd of 10,000 people for the ‘Festival Grand Prix on Crescent 2017’, representing ‘TruCulture Clothing Company’s Fashion Show and I’m ever so grateful for those accomplishments!

Hmm, it’s hard to say. Through the years, I’ve grown up with so many musical influences that I can’t choose just one style. I grew up listening to everything from Billie Holiday to Metallica, from Bee Gee’s to Madonna, Beyonce to Snoop, Lady GaGa to Nirvana to Guns & Roses, and of course PRINCE (btw, my all-time favorite – with his crazy different style)…you get my drift? I’ve been writing since my early teens and the songs I have it’s all been different in my earlier music career.

Let me put it this way, do you eat the same thing, day in and day out, every day of your life? The same thing goes with me and music, our moods change and thus song creativity flows right afterward. I speak for myself, and I’m not unidirectional and I’d be lying if I were to say I had only one sound or style.

I’ve written songs that were very hard rock with aggressive vocals, some that were jazzier/swing influenced, a few cheesy glam rock songs, Christmassy songs, lounge style, Pop, and 70’s flavor Dream Pop as well. I like the variety in choosing off a large menu. Variety is the spice of life, and that’s what makes me, me.

Well, you know what they say? You gotta make the best of every situation, and time on this earth is valuable. That was the time when my PARADISE single was born. I was on my couch, feeling blah with what is going on with the world today, the difficulties, the isolations, and the struggles with this pandemic. I needed to feel good again and change the mood I was in. I changed my thought process, had a burst of energy, and out came this song, which took me literally 3 minutes to write. I played around with some ideas in my head, the soon the melody started to grow on me, and the pieces all came together pretty quickly.

After releasing my single PARADISE, people who tuned-in to my song said that the song gave them a feeling of positive energy and hope for better things to come after this pandemic, and from there on, I decided to create a movement, a PARADISE movement. I wanted to give back to the people and help them get away for a few moments, so I reached out to family & friends on Facebook, asked them to send me a video selfie of themselves engaging with my song, doing whatever makes them happy while making them the superstars for a new collaborative video of my song. I’m presently in the works of stitching everything together and will be releasing the ‘PARADISE Movement’ Collaboration video in mid-end April 2021, all this in the name of changing the sad moods into positive vibes!

Everyone is welcome to check out my YouTube page and help support this movement by sharing and spreading the good word because doing good feels great!! I’d humbly appreciate it.

Perfect timing for my new single PARADISE release on January 28, 2021 (it’s a 70’s flavor Dream Pop style song) with energy and positive vibes but in the very near future, I’ve got a few songs up my sleeve and can’t wait to share it all with everyone!

(Inside scoop: I’ve got a great song coming that drives into hard rock mode, another different song with a Trance Dance style, then afterward, a Pop/Rock flavoured, all on the way)

I find it hard to mention only the current artists that have made an impact in Canadian music, and I feel the need to acknowledge a few important ones that have led their way to great success and represented us, so here are a few: Corey Hart, The Tragically Hip, Luba, Simple Plan, Michael Bublé, Alanis Morrisette, Bryan Adams, Carly Rae Jepson, Sarah McLachlan, Shawn Mendes, K.D. Lang, Oscar Peterson, The Weekend, Celine Dion. Neil Young and RUSH!

I’m so proud to be a Canadian artist among these successful musicians, and I hope I’m lucky enough to walk among them one day, and who knows, maybe have the honor of sharing the stage with one of them.