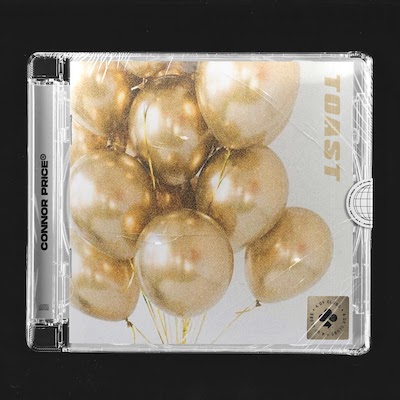 Off the heels of his explosive Courteney Cox release featuring Idris Elba, is ready for the world to hear his new track Toast where he combines confident lyrical precision with trap-inspired production from multi-platinum producer ForeignGotEm (Roddy Rich, Lil Mosey, Lil Durk). The up-tempo anthem is a toast to everybody rooting against you.

Toast kickstarts the beginning of many releases planned by Price over the coming months. With his focus locked into building his hip hop career and engaging new fans, Connor is dedicated to releasing fresh new content on a consistent basis. His talent isn’t going unnoticed, in just a few short weeks his following on TikTok has grown to over 140,000.

Connor Price, Toronto actor and hip hop artist now living in Las Vegas, is well known for his successful career as an actor, which took off at the age of 10 when he played the son of Russell Crowe and Renee Zellweger in the academy award nominated film ‘Cinderella Man.’

In the midst of an 18-year career as an actor, Price began to pursue his passion for hip hop, releasing his debut project, the 4 of Clubs EP in August of 2018. Building momentum fast, his singles have received recognition with Billboard, Entertainment Weekly, E! Canada, Canadian Press, CBC, Exclaim!, Hot Press, Toronto Star and more, with airplay on commercial radio and playlisting on a number of editorial playlists across North America and overseas.

mariegoestoshows.wixsite.com/mariegoestoshows
Related Itemsbaseline musicConnor Pricenew singleontarioRapToastToronto
← Previous Story Mathew V releases new single, “Around Here”
Next Story → Arkells team up with K.Flay on new single “You Can Get It”