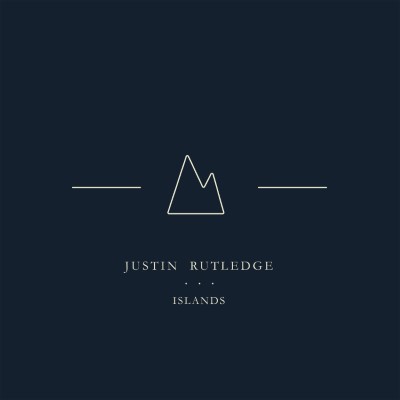 Islands is the 9th studio album from Toronto-based artist, Justin Rutledge. He also has an album release show on Sidedoor on Sunday, March 28, 2021. For more information, click HERE.

To say Islands is nostalgic is an understatement. The sentimental tone and lyrics aside, Island is a collection of covers of Justin’s own recorded works over the last 8 of his released albums. The project was conceived not as a ‘do-over’ to correct past mistakes, but for Justin to reflect on his long and storied career.

“I was a different person at the release of each album…so recording Islands required a stroll down memory lane, for better or worse, and shaking hands with the people I used to be.”

The project was recorded over 3 days with a minimalist approach to the accompaniment, to make the listener (and Justin) feel as if he was composing these tracks for the first time for us in his kitchen. To that end, most of the songs are just Justin’s soft voice and his acoustic guitar; however, the album also features drums, piano organ, bass, electric guitar, and lap steel. None of these instruments overwhelm the songs, though, as they all maintain that intimacy and authenticity Justin seems to be striving for.

The lyrics of Islands primarily focus on connections, be that with a loved one or a stranger – with tracks functioning as much as short stories as they do songs. From its conception to execution, even on the album’s one instrumental track, a sincere yearning is felt throughout Islands. Perhaps this is where the title of the album comes from as Justin seems to be aching to build bridges: from his listeners to him, from himself to his past.

A standout track for me on this release was “Jellybean”. “Jellybean” is one of the few tracks of the album that features a chorus of other vocalists and has a real jovial tone to it. The term ‘Jellybean’ is defined in the lyrics as a pet name for a loved one. According to his press, “Jellybean” has usually only been a track that Justin would perform live.

As Justin says of the track,

“I’ve always been cautious about recording “Jellybean” on an album because it is such a ‘live’ song…I’ve tried a few times in the past, but it never made the cut [but] I think I finally captured the essence of the song with this recording.”

The mood of this track is indeed lively and infectious as the chorus invites us to sing along to our own “Jellybean”.