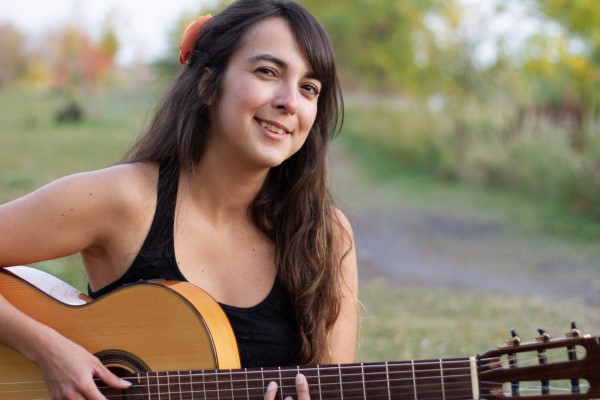 Canadian musician, Onna Lou has unveiled her new single, “Bailar De A Dos”, the first single from her upcoming second album, Diamante, set for release on May 28, 2021. The single was co-produced by Raniero Palm, a multiple Latin Grammy award-winning producer, and Julian Vidal.

A song about our human connections, “Bailar De A Dos” was written with the goal of inspiring people to connect again, drawing parallels between how we are now more connected than ever while we couldn’t be farther apart. From being glued to our cell phones at dinner tables, and while we do something small like waiting for our coffee, Onna Lou believes that we’re connecting less and less, saying “there are so many ways to connect, that we forget to connect for real”. With its captivating melody that continuously builds throughout the song, the uptempo, uplifting track has old-school Latin pop elements with a modern flair. The tune has a light, summery feel that is sure to have us dancing together as soon as we can.

Onna Lou shares on the video,

“The “Bailar De A Dos” music video was filmed in Winnipeg (Canada), Natick (USA), and Tafi del Valle (Argentina). Even though the way the world works may push us to think we have to be self-sufficient and that we shouldn’t show any weaknesses, the best part of life awaits us on the other side of reaching out and showing our vulnerable side. Life is as amazing as the people we get to share it with. We hope this video makes you smile, dance, and think of those who make your life beautiful.”

Watch the video below, and stay up to date with Onna Lou via her socials.