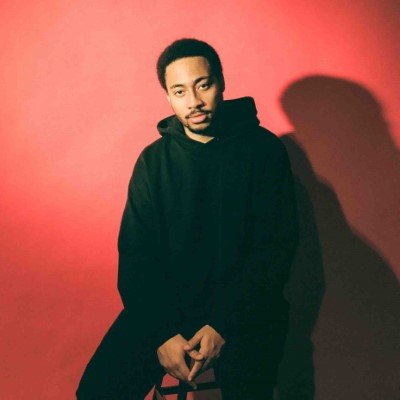 Edmonton-born, Toronto-based artist Cadence Weapon releases his new single, “Eye To Eye”, which is the second single from his upcoming LP, Parallel World, set to be released on April 30, 2021, via eOne Music.

The album seeks to unearth the alternate reality that lies beneath the surface of our society, functioning as a mirror that exposes the distortions and inequalities that are typically ignored. Produced by Toronto’s AudioOpera, “Eye To Eye” is Cadence’s examination of racial profiling in prose. Listen to the song here and watch the video directed by Scott Pilgrim below.

“I wrote Eye To Eye in response to the murders of George Floyd, Breonna Taylor and D’Andre Campbell, the assault of Dafonte Miller by an off-duty police officer and his brother, and the Amy Cooper / Chris Cooper incident in Central Park,” Cadence says. “I was inspired by the writing of Desmond Cole as well as W. E. B. Du Bois’s concept of double consciousness – how I perceive myself and how I’m seen by others as a black man and the conflict between those two perceptions.”

On collaborating with Scott Pilgrim, he adds:

“Moving through any space as a black man wearing a hoodie is something that has become loaded with certain connotations and preconceptions. Scott and I wanted to make something raw that played with those expectations and navigated the gap between perception and reality.”

Share this:
Related ItemsCadence WeaponEye To EyeIndoor Recess Incmusic videonew singleontarioOntario Musicparallel worldToronto ON
← Previous Story Islands announcing their first album in 5 years with new single “(We Like To) Do It With The Lights On”
Next Story → Karen-Lee Batten releases new single, “Drinkin’ Song”