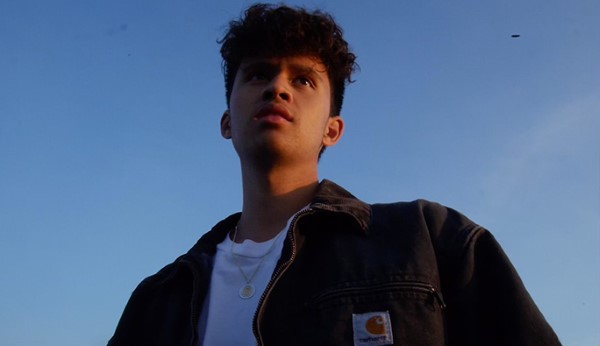 Vancouver-born, Toronto-based pop artist, Avry is back with a brand new single, “Back to You”.

The ambient, three-minute pop track follows the release of his previously released singles “Close to Me” (2020) and “Running Dance” (2020).

The song begins with the ringing of a phone and an automated voice message for a “not-in-service” number, and it’s not long after that “Back to You” really kicks off into the mellow and relaxing hit unsuspecting listeners and fans are already praising and recognizing it to be.

Avry’s smooth melody and lush vocals are backed by an infectious and consistent digital bass groove, oscillating drum tracks, and sporadic sound samples. The singer/songwriter revealed the instrumental track was created by the Canadian producer, Chiara, and that he heard it while sitting in the passenger seat of his friend’s JEEP. In the span of just one minute, Avry said he had a topline for the beat and rushed back to his home studio to record the first draft of the project that night.

To help complete the song, Avry enlisted Canadian producer Chris Stiliadis to complete all post-production and mastering work and ultimately help bring “Back to You” to “the next level,” he says. Though he didn’t produce the instrumentals, Avry (AKA Connor Anderson), wrote all of the lyrics and the vocal arrangement. He described it as one of the most organically created songs he has ever made, and that “the lyrics came so quickly and naturally.”

Following the initial release of “Back to You” last November, Avry said he immediately had an idea and rushed to set up a meeting with Vancouver-based photographer Muni to see if he would help record a music video. He wanted the film to be recorded on the rooftop of Gastown — a Vancouver landmark — because he felt “Back to You” is “a great representation of the summers in Vancouver and Toronto and the carefree life we’ve been trying to live among the craziness of the pandemic.”

Check out the video for “Back to You” below, and find out more about Avry via our mini-interview.

My name is Avry, a multi-genre-inspired artist originally from Vancouver and now residing in Ontario. I have been making music for a few years now and it is very much my passion. I was always into sports as a kid but now spend all my free time making music and creating new sounds. Over the last year, I have made so many songs and am in the final stages of finalizing a 7/8 song EP to release this Summer.

Tell us about the recording process behind “Back to You”?

I heard the instrumental for Back to You last summer in Vancouver in my friend Cale’s Jeep. I immediately had a topline for it and tracked it the next day. When I came back to Toronto I worked with my engineer Chris Stiliadis to finalize the track and add layers to it to help bring it to the next level.

The highlight of 2020 was the reception for sure. Releasing my first song in June I had no expectations and didn’t expect anyone but my close friends to be listening to the music I was just happy to be making it. Seeing over 100,000 unique people are listening from around the world in 2020 was such a surprise but motivated me to take music really seriously and get together an awesome project for 2021.

2021 I see as a huge year of opportunity for me. I tested the waters in 2020 with a few singles and gained a small following. In 2021 I really want to showcase my creative team’s vision with videos and performances as well as release some genre-bending music that people haven’t heard before. As an artist, I always like to draw influence but at the end of the day, I want to be different. Different sounds, different genres, different song structures. I really want to test the waters in 2021 and am really happy with the music I am making right now.

The obvious answer is artists like Bieber and Dominic Fike but collaboration wise I am always open to new artists. For me, it’s about if the styles fit and if it is the right song. I just want to make good music, so if an opportunity presents itself where those things line up, I am always willing to give it a try.